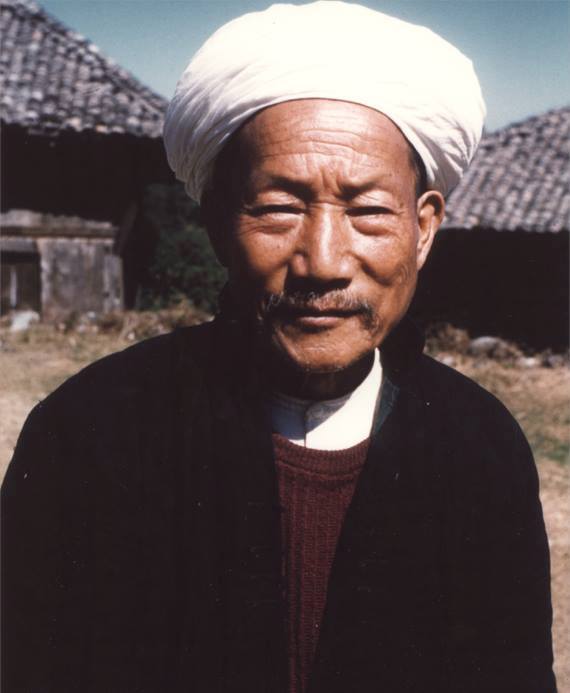 Our first homeland (Majoi Shingra) was said to have been on a vast, fertile plateau somewhere up north in Mongolia. The Majoi Shingra community thrived, and in no time evolved into a strong major race, the land becoming known as Singhpaw Dan Layang (Singhpaw Nation Plains). The paramount chief was Wahkyet Wa, the acknowledged progenitor of the 5 Kachin tribes.

After a time, wearying of the fierce, protracted wars waged to maintain control of the land, the descendants of Wahkyet Wa moved to the plains of Tibet where they established a second Majoi Shingra. Here again, they found themselves battling a strongly entrenched Wanghkye Lauwang (Chinese) tribe.

Although of chiefly descent, Jatawng Nawng had to overcome childhood adversity to become a warrior of renown. After their father was killed in a Wanghkye raid on their village, Jatawng Nawng’s mother took him and his younger brothers to seek refuge with her family, the Gitnems, but they were cruelly turned away. The mother had no choice but to abandon her sons in the forest, while she herself returned to their old village, to be caught and killed by the Wanghkye. The orphaned brothers fended for themselves as best they could, living off the land in the forest.

Years later, Gitnem Zau Tai, as Singhpaw supreme commander, suffered successive military defeats at the hands of the Wanghkye, and was obliged to ask his cousin Jatawng Nawng to take over, placing tens of thousands of warriors under his command.

Jatawng Nawng was a very principled general. Before going to battle, he would exhort his warriors thus:

Spoils of war you shall not take, nor the womenfolk touch!
We go to war, but for our homeland!
No rest shall we take nor return home until victory is ours!

There were times when the Singhpaw forces had the upper hand, and times when they had to concede to the Wanghkye. Of the seemingly endless wars, Jatawng Nawng lamented:

For three straight years, we battled the Wanghkye. Warriors, two astride a horse sitting back to back, letting fly arrows front and rear.

Constant wear of military headgear took a toll on our hair; our fingertips bruised and clotted with blood from pulling crossbows.

Yet our brave attempts have failed to breach Wanghkye ranks and torch their palace.

Eventually, drawn out battles with the Wanghkye led the 5 tribes to decide on a migration journey south. Thus far, the tribes had stayed together. But as they wound their way southward,
they began to go their separate ways, carving out homelands for themselves along the migration route to the east and west of the Mali and Nmai Rivers (tributaries to the Irrawaddy).

One branch of the Lahpai clan is the Gauri, speaking a distinctive Kachin dialect. Adventurous and adroit at finding new lands to conquer and claim, the “far spreading” Gauri Lahpai chieftains held sway over vast swathes of territory – of “land spreading from the center of the skies”.
(Du mateng Lahpai ga gaw,
Lamu ka-ang, ga shingmang hkrai rai sai da.)

Before the time of our ancestor Jawa Li, the Irrawaddy was but a small river and the town we know of today as Myitkyina was a shallow lake. The Shans (earlier settlers than the Kachin) would come to gather reeds from the lake. When the lake gradually dried up, the Shans called the land that emerged, “Tsaya Kung” (pleasant hill/mound). To this day, the Hkahku (upriver) Kachin know of the town only as “Sara Gung” (a Kachin derivative), and would not know if referred to as Myitkyina.

The land being formerly a lake, was very fertile, and the settlement that sprang up around it became Jawa Li’s domain. Soon the Shans from Mohnyin and Mogaung came up in droves to settle in the area, and Jawa Li assumed chieftainship of all 3 towns, levying tax from all three.

Earlier in life, Jawa Li had gone to a Shan Buddhist monastery at Hkat Cho (in Waingmaw township on the east bank of the Irrawaddy) to learn Shan and Burmese, and ended up spending 9 years there as a monk.

Jaufa Khun (8 generations after Lahpai Wa La Jawng), was my 3rd great grandfather. He was educated at a Shan monastery school much like his great-grandfather Jawa Li before him. He knew Burmese and Chinese well, and was fluent in both spoken and written Shan. Besides his native Gauri dialect, he was at home with other Kachin dialects such as Atsi (Zaiwa), Maru (Lahvo) and Minji Mila. He had a keen interest in astrology and herbal medicine, and was reputed to have been a master at magic-related practices such as telling fortunes, casting spells and amulets.

Jaufa Khun had several wives and many offspring. One of his wives was a daughter of a Shan chief of Hkai Lung named Nang Ei, whom he had seduced and kept hidden in a cave from her family for a time. This cave in the Sinlum Hills is still known today as “Nang Ei’s cave”. We, the Pangmu branch of the Gauri Lahpai chieftain family, trace our direct lineage to Jaufa Khun through Nang Ei’s elder twin son Khun Gam.

After causing the death of one of his wives, Jaufa Khun sought refuge at a Shan monastery, spending several years in the monkhood. When his father passed away, the elders came looking for him at the monastery, to ask him to be their new Duwa (chief) and lead them in the fight against the Burmese Governor’s forces at Bhamo. (It was a time when Kachin tribes in the hills beyond Bhamo were in constant conflict with the Burmese governor over the matter of collecting tax. Chinese merchants were bringing in all kinds of goods to the new market town of Bhamo – Gatmau in Shan, and Manmaw in Kachin. The Mahtang Lahpai Gauri chiefs for instance, through whose territory the Chinese merchant muleteers passed, benefitted greatly from the lucrative Chinese trade. Remains of massive stone walls that once surround a Mahtang chieftain’s mansion built in the Chinese style, can still be seen to this day.)

Jaufa Khun was not eager to return to his former life. Given his shaven head and monk’s robes, the elders could not easily distinguish him from the other monks. So they brought in his pet dog to help identify him. Jaufa Khun was then persuaded to leave monkhood and assume his chieftain role.

Jaufa Khun, a great leader and warrior, was adept at employing unconventional guerilla tactics, besting a much stronger Burmese force on many occassions. He and his men would lure the Burmese up the mountains, cut off their escape route by setting fire to the surrounding forest, or unleash rock pallets on unsuspecting Burmese patrols coming uphill.

In one instance the Burmese were tricked into thinking they had scared off a camp of Kachin warriors about to feast on a slaughtered buffalo. The Burmese happily gorged themselves, taking out their swords to slice off the buffalo meat stewing in a large pot over the fire. They then spent the night at the camp. When Jaufa Khun and his men staged a surprise dawn raid, the Burmese found themselves unable to take out the swords from their scabbards. What had happened was that remnants of buffalo fat from the previous day’s feasting had congealed on their swords during the cold mountain night, causing the swords to be stuck to the scabbards.

The Burmese later came up to the hills in greater force, and torched the Kachin villages in revenge. After the Burmese left, Jaufa Khun and his warriors came out of hiding in the forest and returned to their burning villages. Jaufa Khun, seeing his house on fire, rushed in to retrieve his treasured astrology books and other sacred texts. He received severe burns on his back and died as a result of the injuries.

During Shadip Zau Seng’s time, British Col. Sladin, leading a mission to the Chinese frontier (1868), passed through Bhamo. He invited Kachin chiefs from the Bhamo hills to a big Hpu nau shakat (brotherhood/friendship feast). Two male buffaloes, with the longest of horns in the Dabang Hkyawng area, were slaughtered for the feast.

Afterwards, my grandfather told my father and mother of the dream he had the night of the feast. He said he saw in the dream, a bountiful catch of big white fish in a woven bamboo fish net (rit) that was set facing downstream, but when the rit faced upstream it hardly caught any fish. Interpreting the dream to mean that cultivating good relations with those coming up from downstream would be advantageous to the family, he told my parents to remind his descendants of it.

Shadip Zau Li was my father, and Zahkung Ja Nu of the Maru chieftain clan, my mother. I was born (1878) in Sinlum Kaba, after the infant deaths of my 3 elder brothers. Fearing I would be snatched away by nats (spirits) like my elder brothers, my animist parents gave me a secrect code name – Mayam/Yam Dun (slave child). When I was about 12, my father founded the new village of Pangmu, about a mile from Sinlum, and moved the family there.

About the year 1891/1892, (American Baptist missionaries) Rev. Roberts and Rev. Ola Hanson came up from Bhamo town to meet with my father and his younger brothers and co-chieftains Zau Li and Zau Tang, and ask for a piece of land. My father and uncles granted their request, also building a dwelling place for them on the plot. Each Summer, they would go fetch Rev. Hanson and his family from Bhamo, and escort them on their way back.

Soon afterward, the British came, and Sinlum Kaba, given its strategic position in the Sinlum Hills overlooking Yunan-China, became an important frontier town. It was an administration seat with a resident British frontier officer, and a fortified army post just outside town.