In a community rallying effort to rescue trapped IDPS within Kachin State, peaceful sit-in protests have been ongoing. These protests have mostly been led by Kachin Youth Movement in Burma’s northernmost state. In support of their efforts, the Kachin community in the USA is currently holding a 24 hour rally from May 11 at 3 […] 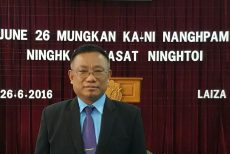 Kachinland News conducted a phone interview with Col. Nhpang Naw Bu, head of KIO Information Department, on April 24, 2018. KLN: The Burma Army’s offensive in the western region has intensified after April 11. What in your opinion is the reason behind this strategy? Col. Nhpang Naw Bu: I surmise the chief reasons to be: 1. Territorial […] 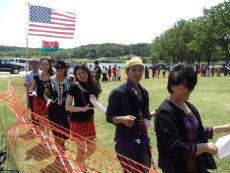 Photo Credit: Sara Palawng Naw Tawng Under the auspicious of the KAA (Kachin American Association), Kachin in the United States convened the 21st Annual Kachin Christian Family Camp at Warren Willis Camp in Florida from May 26 – 29, 2017. Several hundreds of Kachin across the U.S. and those coming all the way from Burma […]

As fighting raged between northern-allied troops (NA-B) and the Burmese army in northern Shan State, about 70 Mongkoe residents were taken hostage on Nov 19, 2016, and taken to the army’s Byuha Hill (tactical command post). Most of the hostages were Lisu who live around the army base. Initially, over 100 civilians, including a newly-wed […] 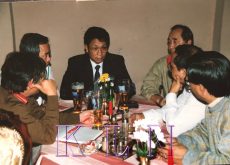 Photo: Maran Brang Seng and Maran Michael Ja La meeting with Burmese diaspora leaders in 1987 in Berlin, West Germany. Given that Kachin societal relationships are governed by kinship ties, what is your family connection to the late Kachin Independence Organization (KIO) Chairman? My mother and the late Chairman were first cousins, her mother and […] 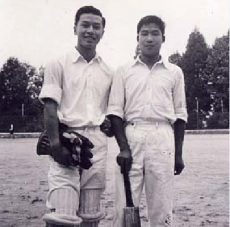 KLN’s Pangmu Shayi conducted a written interview with Z. Brang Seng, of Murrieta, California, who has the distinction of being the first Kachin to receive immigrant status in the US.   Pangmu Shayi: Could you tell us something about your family background? Z. Brang Seng: I was born in Namkham, Northern Shan State, on December […]