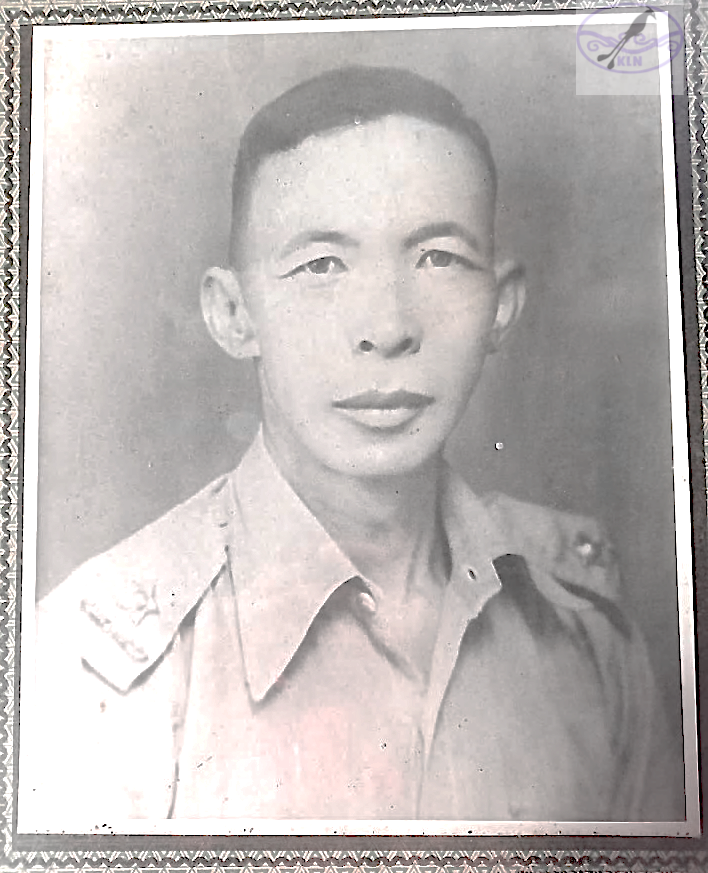 My father Maj. Kareng Gam was the eldest of 9 children born to Kareng Ning Sang and Gawlu Kai Htang of Jahkai, a village in the Kachin hills northeast of Bhamo town. My grandfather was a Jaiwa and Dumsa, highest in the hierarchy of animist priests. The dual role called for very demanding tasks associated with major sacrificial feasts such as the manau, entailing the recital of the Kachin creation/migration saga which could last for days, divining the type of animal to be sacrificed and performing appropriate sacred rites. The spear my grandfather used to slay sacrificial animals remains in the possession of our family to this day, passed on to the eldest sons – from my father, to my brother, his eldest.

The French Jesuit Brothers who arrived in the Bhamo hills in the early 1870s were the first Christian missionaries to the Kachins. They established their mission center at Prang Hkudung, which is in the vicinity of our ancestral village of Jahkai. The Jesuit Brothers had high hopes of converting my father, but he had other ideas. When a Burma Rifles flag march came through Prang Hkudung, he was so captivated by it –especially the colorful bagpipe band – that he ran away with them when they returned to their unit at Mandalay after a 3-day stay.

At Mandalay, as he was still underage and not yet eligible to join the army, a kindly Karen Subedar took him under his wing and looked after him. For about a year, he made himself useful around the barracks doing odd jobs and performing simple rites learned from observing his father for the benefit of Kachin recruits who wanted healing the animist way. He enlisted with the 4th Battalion of the 70th Burma Rifles (4/70th) on May 7, 1920, as listed in his service book. As with most Kachin recruits, it was in the army that my father learned to read and write, learning rudimentary English, Romanized Hindi/Urdu, in addition to Burmese while receiving military training.

Upon completion of the 7-month training at Maymyo, he was sent to India to take part in the quelling of the Malabar Rebellion of 1921-1922. He distinguished himself in the campaign and was awarded the Malabar Medal. He was also promoted to the rank of Naik (equal to that of corporal).

By the time he returned with his unit to Mandalay, his parents had chosen a wife for him, a distant relative of his mother by the name of Gawlu Lu. The marriage had taken place in his absence with one of his brothers standing in for him. In accordance with animist traditions, the wedding rite known as “kumbang shalai” was performed, whereby the bride passed through a bunch of tall kumbang leaves (elephant grass) to symbolically cleanse herself of evil spirits before entering the house.

My father then served for about 2 years at the British military garrison at Lansdowne, a hill station in northern India. It was there that my eldest brother and sister were born. After that, he was transferred back to his mother unit at Mandalay and promoted to Jemadar on January 1, 1928, and then Subedar (junior commissioned officer) on January 1, 1930. My father said he was aware of the Saya San Rebellion of 1930-1932, although he himself did not take part in any military action against it. It was in Mandalay that I was born in 1932. After that, my father was sent with his unit to Tai Ping, Malaysia, to protect the tin mines there and keep order among the Chinese population.

In February 1942, my father was guarding the strategic Sittang Bridge against imminent Japanese invasion when the 17th Indian Infantry Division, unable to withstand the Japanese onslaught, retreated in disarray to Sittang. When it became evident that the Bridge could not be held, the order came to blow it up. My father and many of his comrades found themselves stranded and had to swim across the Sittang River to make their escape.

Then came the long, arduous, and dangerous trek to India with 3 British officers and others from his unit. He was asked to carry 30 gold coins by the officers. Along the way, one of his comrades suggested they abscond with the gold coins, but my father refused.

In India, my father and other Kachin military evacuees like him were regrouped under the newly formed 2nd Burma Rifles. They became part of General Wingate’s special forces, the Chindits, destined to be at the vanguard of British reentry into Burma. In late 1942, my father was sent to the Japanese free area around Putao, to join the newly formed Northern Kachin Levies, a local resistance force. The Northern Kachin Levies later morphed into the 1st Kachin Levies as they advanced southward into the Shan States and gained more recruits. The Levies fought valiantly from 1942-1945, and were instrumental in wiping out Japanese presence from northern Burma.

My father’s exploits during this time are mentioned in some detail in Ian Fellowes-Gordon’s “Amiable Assassins” (London, Hale,1957). He was mentioned in dispatches and awarded the Burma Gallantry Medal (BGM) for “Acts of conspicuous gallantry performed in connection with assigned duties.” According to my father, he was listed to receive the Military Cross (MC) also, but Lt. Colonel F. O’N Ford, Commander of the Northern Kachin Levies, refused to give his recommendation after they had a drunken brawl. 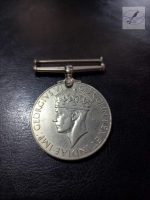 After WWI when the 1st Kachin Levies was dissolved, my father was posted to the 1st Emergency Kachin Battalion at Myitkyina. When independence came, he was asked to command 3 rifle companies consisting mostly of raw recruits, some not even been issued uniforms yet, flown into the capital city of Rangoon to help defend it from falling into rebel hands. He was promoted to Major on January 1, 1949.

My father retired from the 4th Kachin Rifles in the mid 1950s, spending his last days at his farm and home at Manhkrin, near Myitkyina.

Kareng Naw Tawng, aged 90, served for 35 years in the Education Department of Kachin State, retiring as the State’s Chief Education Officer in 1992. After retirement, he continued to volunteer in the education field for more than a decade as English instructor at the Nawng Nang Kachin Theological College, and as chief administrator of the short-term teacher training courses conducted by the Kachin Baptist Convention (KBC) for its education missionprogram.

He is a doyen of the Kachin community in Sydney, Australia, where he currently resides, and serves as a deacon of the Australian Kachin Baptist Church-Sydney.