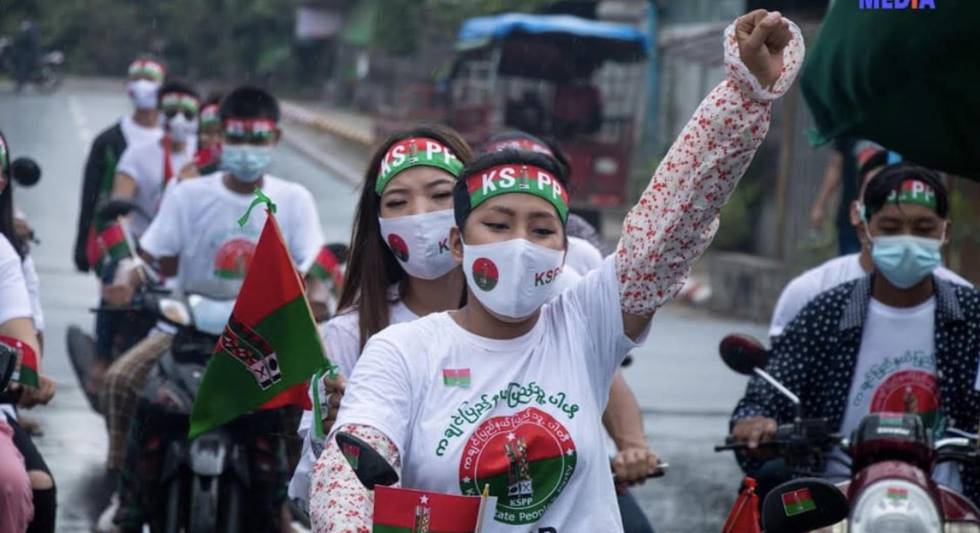 After waiting more than 70 years for fulfilment of the promises made our forefathers as co-authors of the Panglong Agreement, we Kachins currently find ourselves at a crossroads, faced with a two-fold path towards achieving our equal rights goal. We can either take the electoral path that opened up in 2010 after more than half a century of military dictatorship and one-party rule, or continue on the long-held armed struggle path, hoping battle ground victories will give us leverage at the negotiations table. The path we choose is critical, as our decisions will have far-reaching consequences.

​In theory, marginalized groups like us Kachins have more to gain in the political process as it can increase the proportion of our representation in State and national parliaments. The Kachin parliament has 53 seats, with each constituent of the State’s 18 constituents electing 2 representatives. The military gets 13 seats, the 25% quota allowed by the 2008 constitution. Being a multi-ethnic state there are 4 seats allocated for 4 ethnic affairs ministers to represent the non-Kachin ethnic groups in the state.

​After failing to make a strong showing in the 2015 elections, a number of Kachin parties merged to gain better electoral traction in 2020. However, their aspirations did not materialize as they failed again to garner enough seats to make a difference. The 2020 election results mandated that the 2021-2026 Kachin parliament will be represented by 28 members from the NLD, 13 from the Military, 4 from USDP, 3 from Kachin parties, 4 representing ethnic affairs, and 1 independent. Kachin representation is further weakened as 3 of the ethnic affairs representatives are NLD members, which means they will go along with the NLD’s central position and would not be accountable to their ethnic groups. Furthermore, one of the elected candidates for the Lower House or Pyitthu Hluttaw is a militia leader, technically making military representation at least 27%.

​The option of collaborating with the opposition – the military and the USDP – is anathema to Kachin parties. The army has historically repressed the Kachin people, and the USDP is merely a proxy party of the army. It would be impossible to find common ground with them in efforts to repeal Article 20(f) of the constitution which says that the Tatmadaw is principally responsible for safeguarding the constitution. The fact that many of the USDP elected representatives in the Kachin area of Northern Shan are militia leaders or from militia groups, gives rise to serious consideration about whether militia group candidate seats should be incorporated into the 25% military quota since theyare in fact armed groups taking up civilian seats.

​There are also other issues which act as road blocks on the electoral path. Take for instance, the egregious attempt to split ethnic votes. The 2014 census undertaken with technical supportby UNFPA undermined the status of the Kachin as the dominant ethnic group in the State by arbitrarily breaking it up into smaller groups which have traditionally been classed as Kachin.  Based on this census, the Rawang and Lisu groups are given separate ethnic affairs positions, weakening Kachin representation in State parliament. Furthermore, such allocation of seats to groups traditionally classified as Kachin sub-groups sows division, alienates the 2 groups from the mainstream group, and contradictsthe true history of the Kachin people. It in effect encourages tribalism, and destroys the unity of the Kachins.

​Furthermore, the geo-political significance of resource-rich Kachin state cannot be overstated. Covering 89,000 sq km, it is the second largest of the 7 cofounding member states of the Union of Myanmar. The Kachin people also inhabit northern Shan State and neighboring territories in China and India. Taken in its entirety, Kachinland is of particular geopolitical relevance to China. China’s efforts to restart the stalled Myitsone Dam construction which was sanctioned by the military government, and the NLD government’s signing away of 4,700 acres of the Myitkyina Economic Zone to China highlight China’s dominance in Kachin State affairs. A united stand must be taken against such actions that threaten our ecological environment. It is a matter of utmost importance, for if our land and our waters dissapear, so will we, the traditional inhabitants of the State. We have not struggled this far to be in China’s court.

​Overcoming electoral hindrances will be a challenge, to say the least. For those of us who are sincere about taking the electoral political route to bring about equality and peace, we need to have a fresh outlook. State-based political parties and a host of other groups including the non-electoral parties (non-state actors/the KIO and the militia/BGF groups), the media, CSOs and individual activists who have devoted themselves to specific issues, need to come together to take on the task of representing the state.

​We must unite and form alliances with other ethic groups who are traditional inhabitants of the state like the Shan, etc., if we are to achieve the common goal of electing State Parliamentmembers who we know will represent us on matters affecting our lives, rather than out of state political parties and representatives who are not empathatic to our needs, and will not be committed to them.​

​We need to consider taking immediate actions that include each state having its own electoral system and election dates and the drafting of the State constitution. We must give space for different opinions outside our own group and join forces with the Bama as well. Most importantly, we must not forget ours is a struggle for equality and basic measures of self-determination.

Lahpai Seng Raw is a 2013 Ramon Magsaysay Award winner and co-founder of the Metta Development Foundation and Airavati. She was also a delegate at the 21st Century Panglong Conferences in 2016, 2017 and 2018.