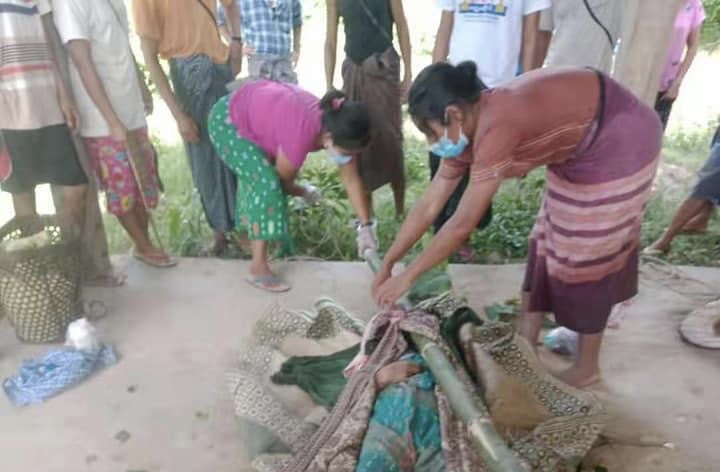 The body of Mahkaw Roi, a 51-year-old Num Lang villager, who was raped and killed on July 14 was found today near a rice field in Num Lang.

Mahkaw Roi left home carrying meal for her husband Lau Yin, who was working at a rice field at Hka Dawng Pa, on July 14 at around 10 a.m. Lau Yin and his sons began searching for  Mahkaw Roi when she didn’t return home. They finally found her body, with signs of physical abuse and torture, hidden near a rice field on July 15. Her body was sent to Bhamo hospital for autopsy.

A local source said those 3 soldiers have been captured and detained at Naung Kun and Mahkaw Roi’s cellphone was found in their possesions. The soldiers reportedly denied that they killed Mahkaw Roi and said they found her cellphone on the road.

Similarly, a Num Lang villager was raped and killed two years ago but no culprit was found and the case has never been solved.