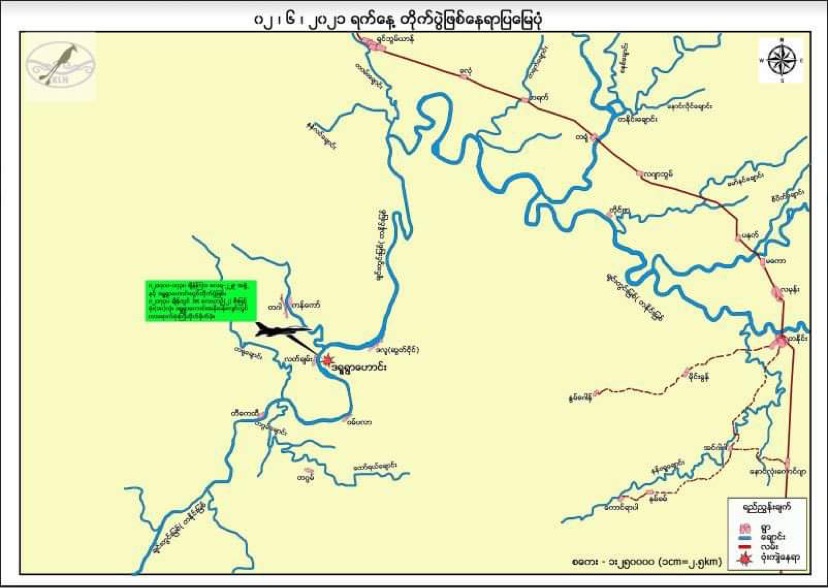 Two SAC’s fighter jets dropped at least 10 bombs on Daru village in Danai township on June 2 at 5:30 p.m. A school house in Dara village’s primary school compound was hit by the airstrikes.

Many Daru villagers fled their homes in 2017 during the fighting between KIA and Burma Army at that time.

In Putao township, KIA’s 7th Battalion troops launched an attack on SAC’s facilities at Putao Airport with rockets on June 1 at 2:30 a.m.