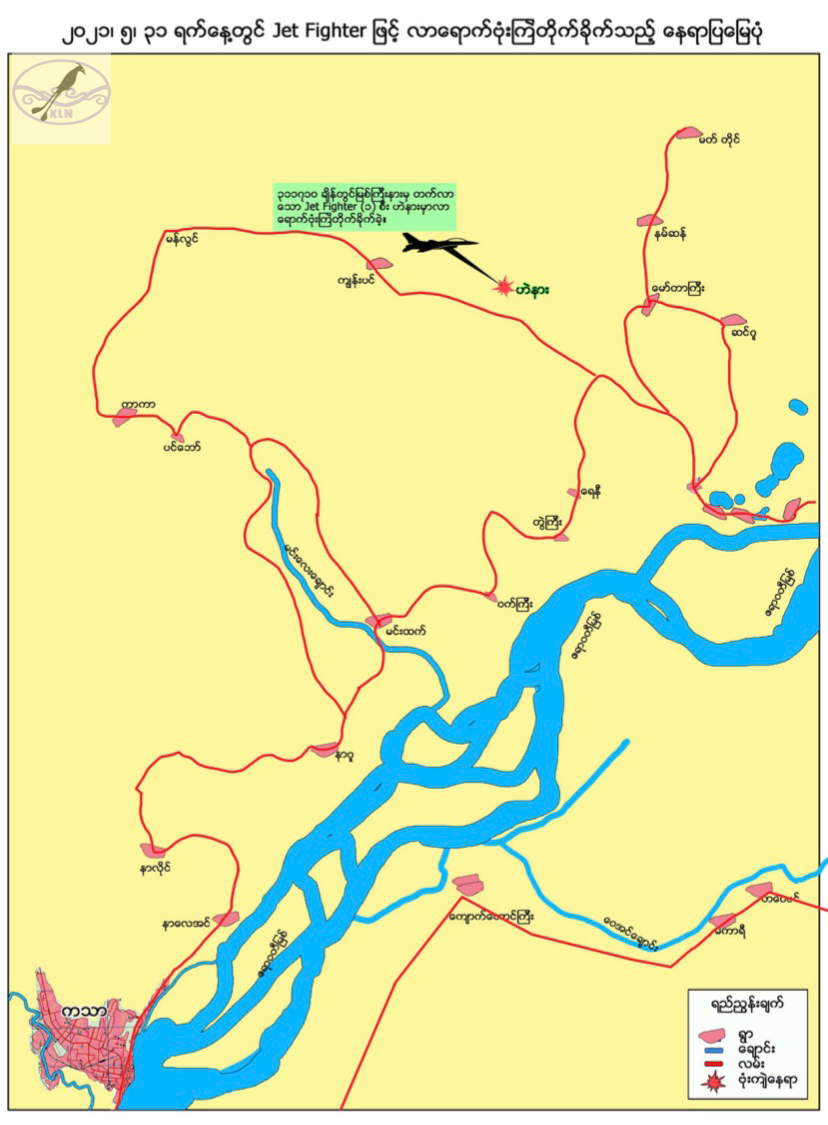 A fighter jet from Myitkyina’s Nampong airstrip bombed on KIA troops and local PDF troops at Hena in Katha township on May 31 at 5:10 p.m.

According to the People Defense Force (PDF) – Katha, KIA’s 8th Brigade troops aided PDF forces during the fighting between PDF and SAC troops near Moe Ta Ji and Hena villages on May 30. On the same day, KIA’s 5th Battalion troops under 8th Brigade attacked 2 SAC’s military trucks with full of soldiers at Moe Ta Ji.

In Nampaka, a series of battles took place between SAC troops and a combine force of TNLA, MNDAA and AA troops on May 31 between 12:50 a.m. and 4:15 a.m. A mortar shell fired by SAC troops fell on Nbwi Gam’s house in Mungsan quarter. Fortunately for Nbwi family, the mortar didn’t explode and no one was hurt. 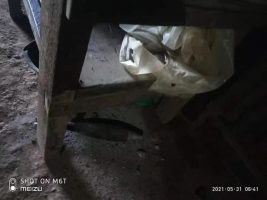