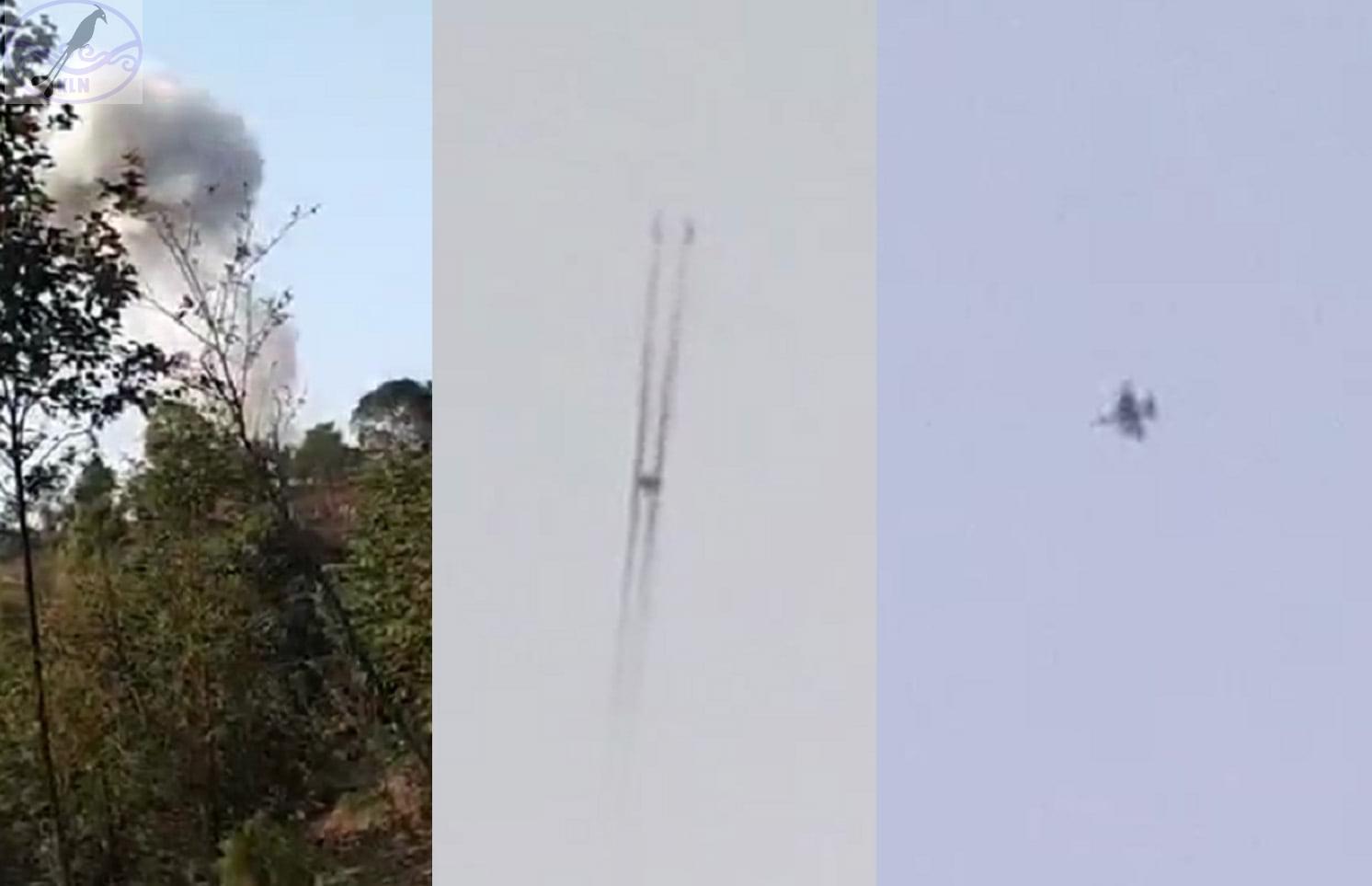 In attempts to reoccupy the Alaw Bum post, a strategically important frontline base which was overrun by KIA troops on March 25, SAC’s fighter jets made 14 sorties, reportedly from Myitkyina’s Nampong Air Base and Meiktila Air Force Base, to attack KIA positions around Alaw Bum between 7 am and 10:20 pm.

Below is the April 12’s timeline of airstrikes by SAC’s fighter jets;

On the ground, KIA’s 30th Battalion troops and a combine force of SAC’s 320th LIR, 387th LIR, 437th LIR and 438th LIR troops engaged in a battle near KIA’s Ri Tu Kawng Post at 5:30 am and around Bum Chyang Post in Momauk township at around 1 pm.

In Mogaung township, KIA’s 11th Battalion troops launched an attack on SAC’s military convoy traveling from Monyin at Gat Shang Yang on April 12 at 1:05 am.

In Hpakant township, KIA’s 44th Battalion troops attacked SAC troops at a location between Gat Noi and Tawng Gung on April 11 at 10:40 am.