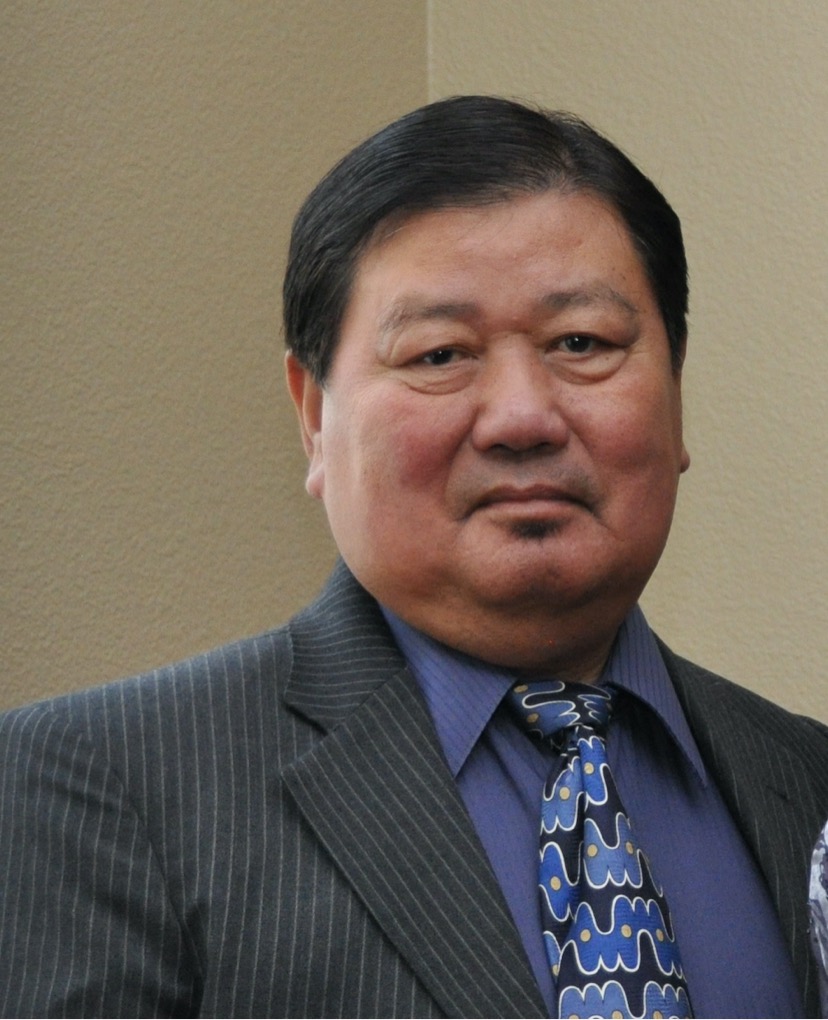 Zinghkang Tang Gun migrated to the US from Burma in 1978 to join his mother and other siblings in Los Angeles. He married the love of his life Margaret Shan Lone in February 1986.

He lived and worked in Los Angeles for many years before retiring and moving to Parlier, a small farming community about 200 miles north of Los Angeles, to pursue his dream of working on the land. Robin and Margaret’s Lone Nan Ranch is well known for its many varieties of exotic Asian herbs and vegetables, and as a popular destination for family and friends seeking a change of scene from city life. Robin‘s love of working with his hands extended to creating works of art, including depictions of religious and traditional Kachin motifs in stained glass. He was also someone who appreciated good food and good wine.

Zinghkang Tang Gun will be remembered above all asa much loved and respected leader of the Kachin community in the US. In 1985, together with family members and a few other Kachin families in the Los Angeles area, he founded the Kachin Baptist Fellowship (KBF), the first ever Kachin organization in the US. Later, as more Kachin immigrants began arriving in the US, the Los Angeles based KBF became national, and evolved into the Kachin Christian Association of America (KCAA).

Under Robin Nan‘s leadership, the KCAA assisted disadvantaged Kachins in Burma as well as other Kachin organizations in Asia. Financial assistance was offered to Kachin pastors studying in the US, andto Kachin refugees at Maela/Ban Mai, Chaing MaiProvince, Thailand, for construction of a Kachin church. In 2006, Zinghkang Tang Gun went to Malaysia to personally advocate for Kachin asylum seekers registered with the UN Refugee Agency Office to be repatriated to third countries.

Zinghkang Tang Gun was also one of the co-founders of the Pan Kachin Development Society, a social organization networking Kachin communities worldwide, and the Kachin National Organization (KNO), a political organization promoting self-determination rights for the Kachins of Burma.

Zinghkang Tang Gun‘s most lasting legacy will undoubtedly be the annual Kachin Christian family camp he pioneered through the auspices of the KCAA in 1997. The event brings together Kachins from all over the US for spiritual renewal and fellowship, as well as to celebrate Kachin cultural traditions. The camp continues to this day, with invitations being extended to Kachins from Burma in recent years.

Zinghkang Tang Gun was a man of great faith, a legacy passed on to him by his mother and grandfather. He let it shine through in his everyday life, even in the difficult pain filled days of his later years.

Zinghkang Tang Gun passed away on the morning of February 20, 2021. He is survived by his wife Margaret, eldest brother Z. Brang Seng, and elder sister Dorcas Sankhar.