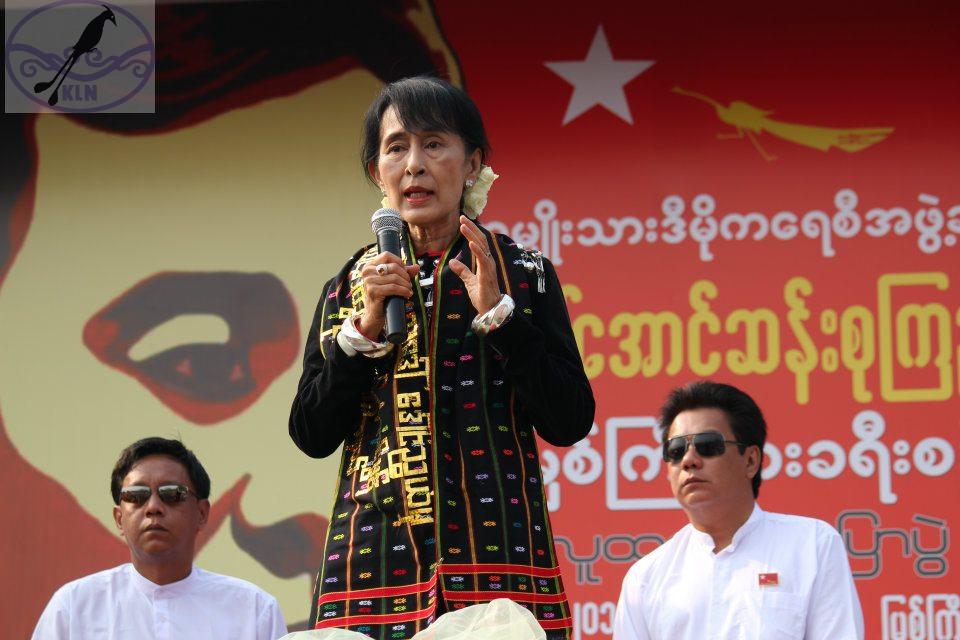 Myanmar goes to national elections on 8 November, five years after the National League for Democracy (NLD), led by Aung San Suu Kyi, won the first ever free-and-fair polls since the country embarked on a process of democratic transition.

Over 90 political parties are contesting this time, which is a healthy sign of a broadening democratic multi-party structure. But developments are afoot to ensure that the incumbent NLD wins and continues in the government. This is being done by attempting to remove impediments that might stand in the way of a NLD victory.

Over the weekend, the Union Election Commission (UEC), which actually happens to be part of the NLD’s extended machinery, cancelled polling in vast swathes of the country (disenfranchising around 1.1 million voters) and banned the United Democratic Party (UDP), which has the second biggest line-up of candidates. The net result is that many parties which might oppose the NLD have been cut down to size.

The polling cancellations have already drawn flak from ethnic opposition parties. On Sunday, five ethnic parties released a joint statement, condemning the revocations and going as far as stating that the measures “will push people to resort to extra-parliamentary action.” One could argue that this is a veiled threat of violence.

Other leaders have also spoken up against the cancellations. Sai Win Aye, Shan Nationalities League for Democracy (SNLD) candidate from Mong Kung, one of the townships in Shan State where polling stands cancelled said, “There’s no fighting in Mong Kung. If elections are cancelled here, they should also be cancelled in Yangon, (which is seeing a serious 2nd wave of COVID-19).”

The UEC deregistered the UDP after its leader Kyaw Myint was arrested last month for escaping prison in the 1990s while serving a sentence for violation of certain business laws. It cannot be denied that he has a shady past, but he has been able to operate freely for decades and his party has been in existence since 2010. So why is it banned only now?

The answer may lie in this – even after a recent disqualification, the UDP is fielding 1143 candidates in the elections, approximately the same as the NLD.

The NLD knows it is facing a stiff fight this year, unlike in 2015 when it had surged to a landslide victory. It has not used its term in office well and the result is domestic unpopularity and international opprobrium. The bloom is off the rose in many quarters, one of them being in the seven ethnic states of this chequered country.

A lot of what is happening stems from the nature and character of the party leader and State Counselor, Suu Kyi. Vain, haughty and hectoring, she has only become more distant from the public as her term progressed. Barred from becoming president by the military-drafted 2008 constitution, she remains obsessed with hanging on to power at the expense of everything else.

Suu Kyi knows that things have become more precarious, and hence the “extraordinary measures” deployed by her party and affiliated institutions (such as cancelling polls in certain areas). Needless to say, a few also avidly desire continued access to the public purse. These include certain nondescript people who happen to congregate under the NLD banner.

The townships, urban wards and village tracts where elections will not be held are concentrated in Rakhine and Shan states where ethnic-based parties have traditionally been strongest. They are also in Kachin and Kayin states where ethic parties have merged and are likely to pose a challenge to NLD dominance.

Further, an armed conflict is raging in Rakhine between the military and the Arakan Army (AA), which has resulted in heavy civilian casualties and 200,000 internally-displaced people. By politically disenfranchising voters, Naypyidaw has only added insult to those injuries.

This is even more so because polling in three out of four constituencies won by the NLD in the 2015 elections has not been cancelled, unlike the seven constituencies held by the local Arakan National Party (ANP) where voting won’t happen at all.

Government catchwords of ‘ethnic unity’ and ‘equality’ have never sounded more hollow. There are many inconsistencies and questions over the selection of areas where polls are barred. People that have been disenfranchised are understandably angry. In a decent democracy, institutions like the Supreme Court or constitutional tribunal might provide means of recourse. But people in Myanmar are learning the hard way that democracy does not assure independent institutions or justice.

The ramifications of the NLD’s ‘smart’ steps go much beyond the winning of an election. Relations between the party and the ethnic nationalities is at an all-time low. All the talk of peace and credibility no longer has a shred of credibility.

But more than that, the co-option and corruption of institutions like the UEC, which are meant to be independent, incline towards a return to dictatorship. Examples abound, but the best known took place in Germany in 1933. The process was called Machtübernahme – the takeover of power, carried out by the National Socialist Party, or the Nazis, under Adolf Hitler.

It wouldn’t be an understatement to say that history is being repeated in bits and pieces in Myanmar today.

This commentary was first published in the Eleventh Column’s website and re-published with the author’s consent. Dr. Khin Zaw Win is the director of Tampadipa Institute, a policy organisation based in Yangon.