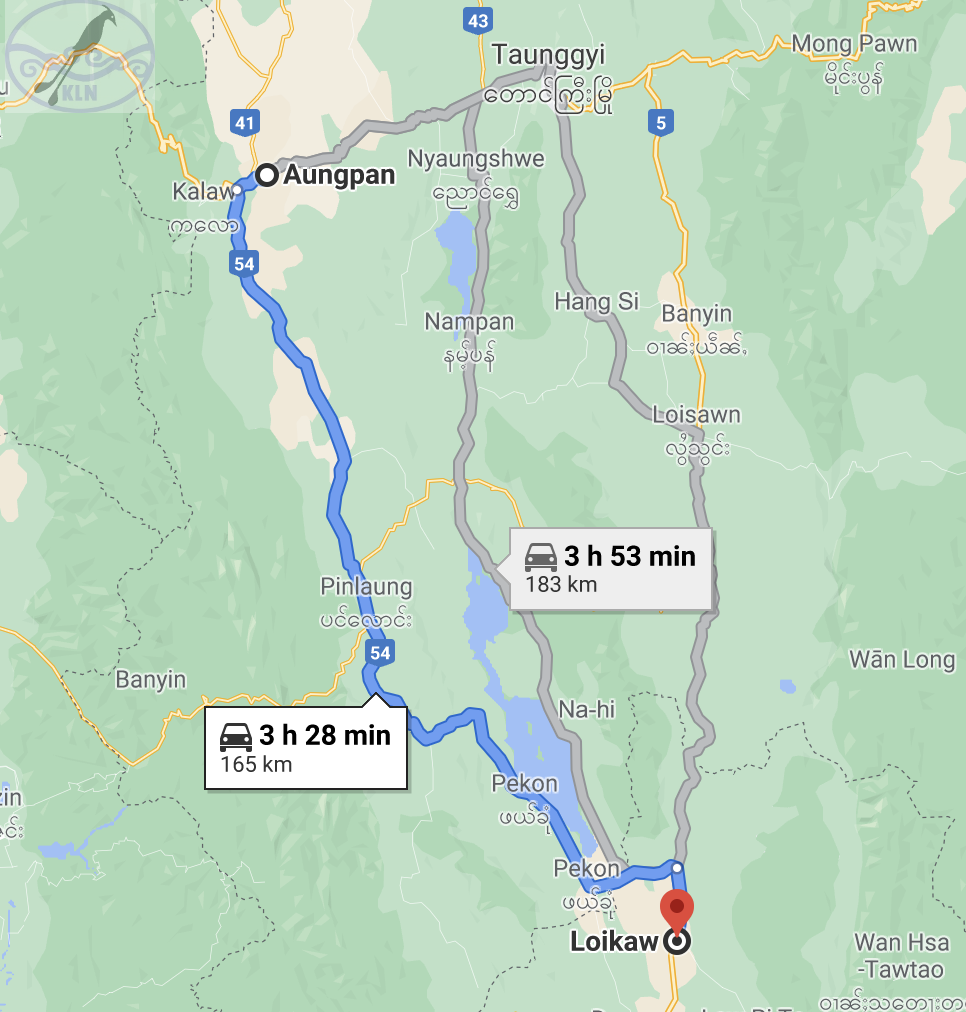 In 1950, while serving as commander of the 1st Emergency Kachin Battalion at Myitkyina, I received orders to take up command of the newly formed 4th Light Infantry Brigade at Kalaw. The War Office had dragged its feet about making official the local rank promotion that Prime Minister U Nu, as acting Defence Minister, conferred on Lazum Tang Gyi (Brig.) and myself. The promotion was in recognition of our role in combating the myriad of insurgencies that threatened the stability of newly independent Burma. But now with War Office sanctions, I was able to take up my new duties at Kalaw as Full Colonel.

The units under my command were the 4th Burma Regiment (a Gurkha unit), the 2nd Burma Regiment, and the Union Military Police (UMP) Battalion at Taunggyi. The 4th Light Infantry Brigade, with Tactical HQ at Kengtung, had been taking part in pushing out the Chinese Kuomintang (KMT) soldiers who had fled into the area after being defeated by Mao Tse Tung’s communists. By the time I arrived, the North Eastern Command had forced the KMTs to retreat to Mongsat. Later, the US army stepped in to airlift the trapped Chinese soldiers to Taiwan. All I had to do when I arrived at Kengtung was to close down the Tactical HQ and bring the troops back to Kalaw.

My service at the Brigade saw no real fighting, and my duties were more administrative than military. It was a time when the Sawbwas were still in power as feudal rulers of the Shan States. A few Pa-O groups disgruntled with the rule of the Sawbwas had begun taking up arms against them. But other than that, things were quiet and peaceful in the Shan States.

The 4th Burma Regiment, the Gurkha unit under my command, was in charge of security for Loikaw, capital of Kayah State. For their deployment to and from Loikaw, they had to take a circuitous route going though Taunggyi instead of the much shorter direct route via Aungban. So I decided to explore the possibility of developing this more direct route.

Taking a platoon of the 4th Burma Regiment stationed at Aungban and its company commander Capt. Myo Aung with me, we travelled by motor transport to Loikaw. The route took us through the Naungwo Defile, a very narrow gorge about a third of a mile long. I pointed out to Capt. Myo Aung that full road security must always be taken before going through such a narrow defile. I learned that during WWII, a retreating Japanese contingent had been decimated by Karen guerrillas who ambushed them at this very gorge.

When we got to Loikaw, Saw A. Mya Lay, the State’s Chief Administrator, asked me to stay on and meet Sao Wunna, the Kayah State Chief Minister, expected back from Rangoon in a few days‘ time. He wanted me to discuss State security matters with the Chief Minister, especially the deployment of state levies. A group of Karen rebels had recently attacked a levy detachment 12 miles north of Loikaw and burned down a small bridge. So arrangements were made to let the rest of the contingent return to Aungban while I stayed behind.

In the meanwhile, I went along with Saw A. Mya Lay to take a look at the area where the attack had taken place. On our return, we met Capt. Myo Aung’s convoy at a road junction on their way back to Aungban. The Capt. seemed in a great hurry to be on his way but I stopped the convoy and gave explicit instructions on taking security measures before going through the defile. I gave orders that everyone must be on foot – no one except the drivers were to remain on motor transport – when going through the defile. I then let the convoy proceed, believing that Capt. Myo Aung would abide by my instructions.

The next morning, 2 shocked and dazed Gurkha soldiers, frightened out of their wits, arrived back at Loikaw. They said the whole convoy had been wiped out by insurgent ambush. I went out immediately to investigate, stopping first at Naungwo village which is at the entrance to the defile.

The village elders told me that the convoy had been fully informed of insurgent activities when they stopped to repair a ruptured truck tire at the village. They told Capt. Myo Aung that the rebels had spent the night at the village and went off to the gorge in the morning. The villagers were warned not to come up the hill on pain of death. In spite of the information given, the villagers said Capt. Myo Aung forced his reluctant soldiers to board the trucks at pistol point. The village headman’s brother who had warned Myo Aung about the insurgents was forced to go along as well, and now he was among the missing.

We went up to the gorge and saw that all the trucks had burnt out. We did find 2 soldiers crazed with fear, hiding in a cave. There seemed to be no other survivors, so we collected all the dead bodies and went back to Loikaw, a very saddened party. I could not help thinking that if I had been with the convoy, things would not have been so disastrous.

I met Sao Wunna in a very disheartened state, and afterwards took a light plane back to Kalaw. As far as I know, the Naungwo Defile remains undeveloped to this day.