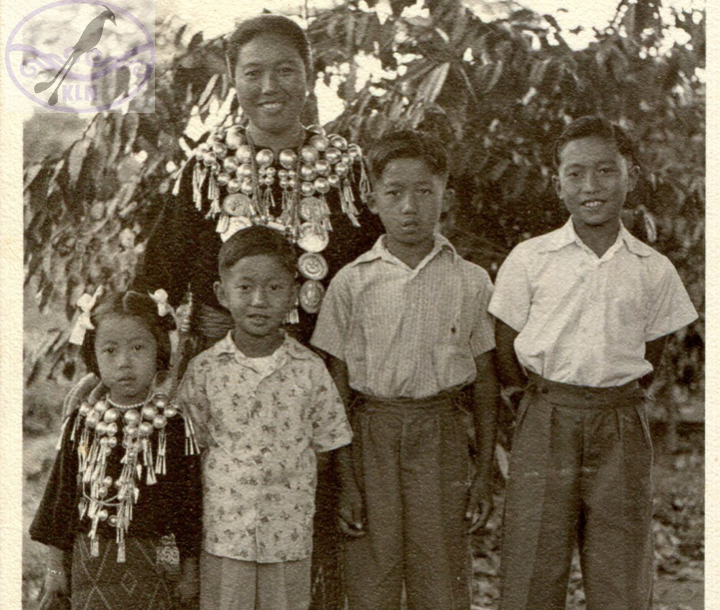 I don’t know how it happened. But as long as I can remember, I have always addressed my three older brothers using the pet names my mother had for them: Ah Ba (big brother), Bawk La, Ah Ring. Many people thought I was the elder sister of Bawk La and Ah Ring, as I never used the customary honorific terms that indicate their seniority in years when speaking to them.

My father passed away when I was ten months old. He was 34. We siblings were all born two years apart. So naturally none of us got to know our father and grew up in a maternal-led household.  Maybe that is why, although I am the only girl and the youngest, I had no problem asserting myself growing up. Assuming a leadership role came naturally to me. This was particularly true in my relationship with Ah Ring.

My two older brothers, Ah Ba and Bawk La, like most able-bodied Kachin men and women in the 1960s, joined the Kachin Independence Organisation soon after matriculation, subjecting my mom and Ah Ring to frequent prison-times under article 17/1 of the Unlawful Associations Act. Ah Ring was timid, a kind soul, while I have always been bold and assertive. I made him confused with my domineering ways, even in his last days. He said he wished to have coconut rice. I said: “Really? Coconut rice?” He then said: “Maybe kyet see htamin (chicken rice).“ I hugged him as we both knew he could not have either.

Of all the siblings, Ah Ring had the harshest life. He was imprisoned numerous times on account of our two KIO-enlisted brothers. He was the one who had to identify the body of my eldest brother who died in a Tatmadaw ambush at Gara Yang on the other side of the Irrawaddy from Myitkyina. The government troops were not sure that they had got my eldest brother. So they picked up Ah Ring and he was the one who had to identify his brother’s dead body – made to look at every part of the body – to say “yes…yes…yes…” again and again, until the authorities were satisfied. Ah Ring definitely recognized his eldest brother. Our family was made to conduct a memorial service to give the military the public confirmation that they needed to declare victory. My mother and Bawk La were released from prison, and I came home from my studies as a first year student at Mandalay University. It was 1968. I can still see Ah Ring sitting next to mom at the memorial service, looking so shocked and traumatized.

All my brothers are now gone. My eldest brother was killed in action “in the fight for freedom” at 21. My second brother didn’t make a successful reintegration to civilian life. After 25 years with the KIO he demobilized but died a decade later, shortly before his 63rd birthday. Ah Ring lived to be 72.

This is our family story. It is not unique but representative of a typical Kachin family story. Many others have endured worse fates. The Kachin revolution came into being with the full support of the people. After 60 years of war, how much more can we endure? In our efforts to instill the political will that is lacking among those in power, we need to find new and innovative ways to support ordinary citizens get involved in addressing the challenges that face our country.

Very touching story , THANK YOU Seng Raw for sharing it !

Your words moved me. I pray life is better now for you and your people. May all the brothers rest in peace.