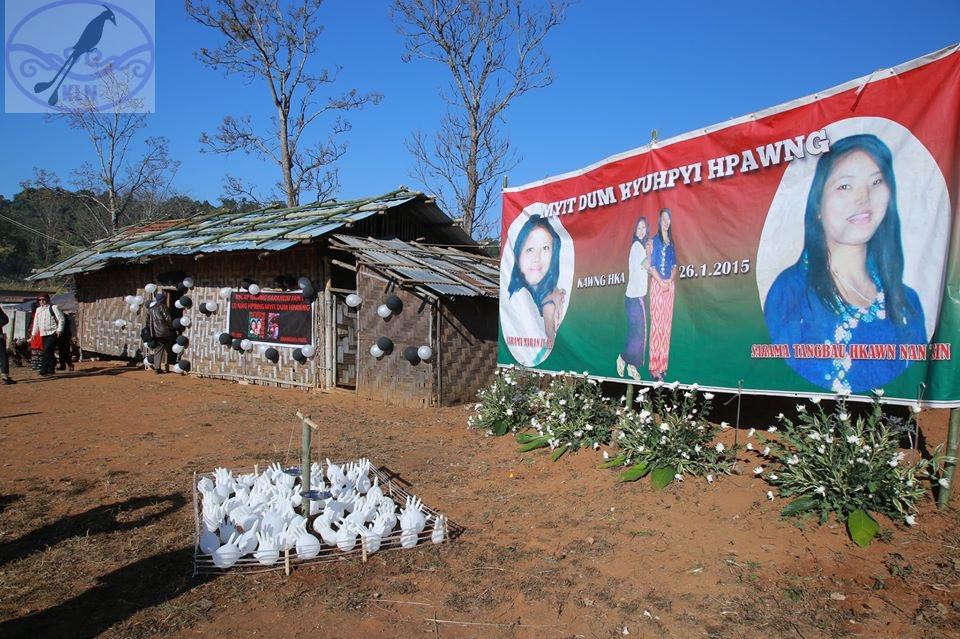 An event to mark the fourth anniversary of the rape and murder of two Kachin teachers, Maran Lu Ra (20) and Tangbau Hkawn Nan Tsin (21) of the Kachin Baptist Convention was held at Kawng Hka Kachin Baptist Church on Jan 19 at 10 am.

Rev. Zau Ra, Sara Hpauwung Naw Din, Lawyer Marip Brang Di and Rev. Hkalam Samson  explained what had happened and the status of ongoing investigation. In a keynote address, Rev. Hkalam Samson of the Kachin Baptist Convention encouraged the audiences to “stand firm for the truth and not to be feared”.

Family members of Maran Lu Ra and Tangbau Hkawn Nan Tsin together with around one thousand people attended the event.

Memorial prayer services for the two teachers were held at Kachin churches in major cities across Kachin region and Kachin communities around the world.

The two teachers were reportedly raped and murdered by Major Aung Phyo Myint, the commander of the 503rd Light Infantry Regiment (LIR), and his soldiers inside Kawng Hka Kachin Baptist Church compound in Kawng Hka village in Muse Township on Jan 19, 2015.

Four years after the horrific crime, no one was charged for the rape and murder, and the case is still under investigation by Burmese authorities. Kachin leaders said they are determined to bring those involved in the rape and murder of the two teachers to justice.