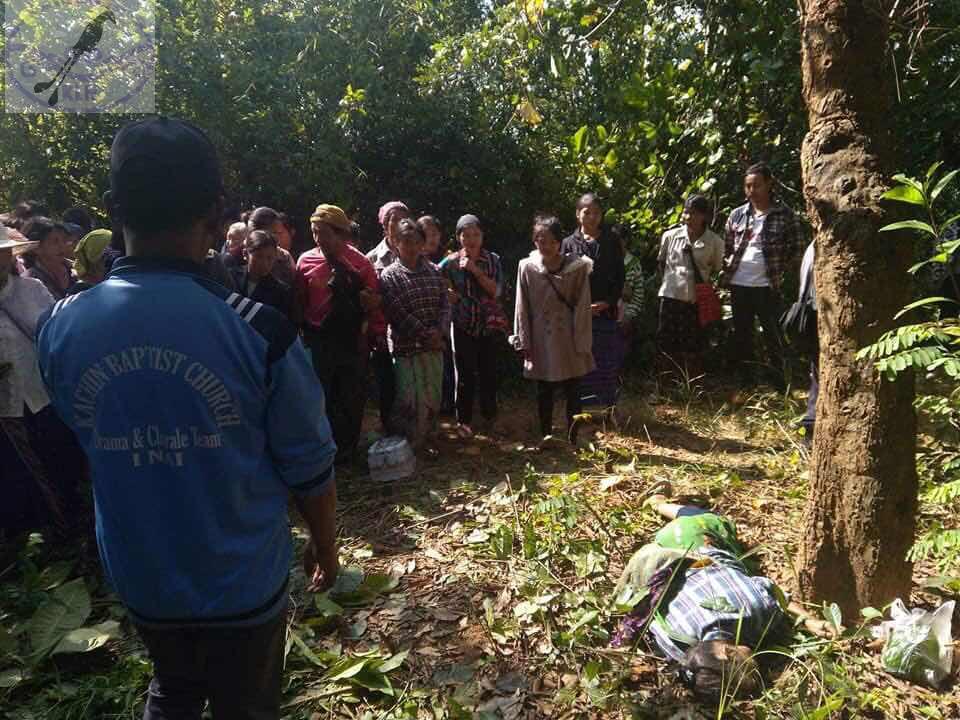 Local sources said RCSS/SSA troops shot and killed Nhkum Ma Lawt, a 62-year-old Kachin woman from Man Pin village, from a distance of about 50 meters in spite of knowing that Ma Lawt and 10 others are just ordinary villagers without any guns in their hands.

Nhkum Ma Lawt was shot and killed by RCSS/SSA troops at the border between Man Pin and Na Ha village in I Nai village tract in Lashio township on Nov 17 at around 4 pm.

Nhkum Ma Lawt and 10 other villagers were harvesting in a rice field outside Man Pin village when they heard a gun battle between RCSS/SSA troops and an alliance of TNLA and SSPP/SSA troops. Villagers panicked by the sound of gunshots returned to Man Pin village from a path through I Nai village as they thought the path was further from fighting. But they encountered RCSS/SSA troops near Na Ha village and Nhkum Ma Lawt was shot and killed at point-blank range. The soldiers kept firing into the group despite repeated pleas from the elders, and stopped firing only when the villagers wept and cried aloud.

On Nov 19, a local monk from I Nai monastery came to Na Ha village with two cars to rescue 38 villagers trapped by the fighting inside the village.