About two dozen Sut Ra and Kawng Ja villagers, who have been trapped in the forest following BA’s attacks on a KIO’s local administration office and a frontline post on Nov 13, take temporary refuge at a church in Hka Garan village. Some villagers who had returned to their homes found out that their valuable belongings were taken by the soldiers. 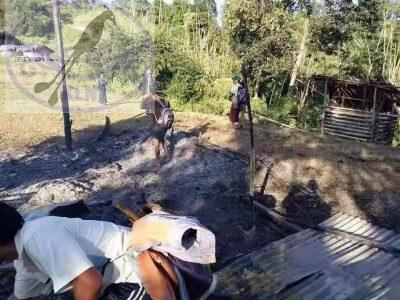 30 villagers from Sut Ra village and 10 villagers from Kawng Ja village fled their homes to nearby forest as the battles rage between KIA and BA troops. Some IDPs have returned to their villages but some chose to stay at the Hka Garan village’s church. 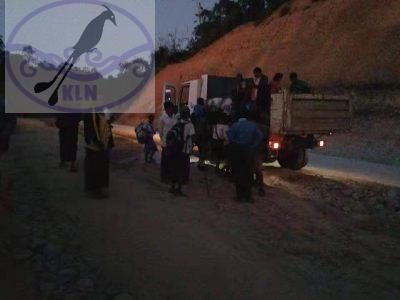 BA soldiers have returned to their bases but villagers are still living under fear as situation remains tense. 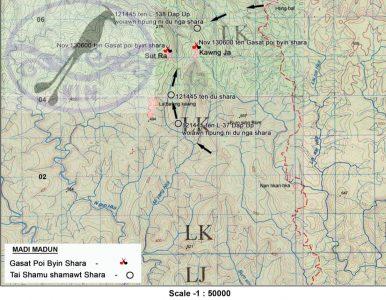 A combined force of about 100 troops from BA’s 37th LIB and 121st LIB attacked and burned down KIA 22nd Battalion’s Kawng Ja Post and a KIO administrative office in Sut Ra village on Nov 13.