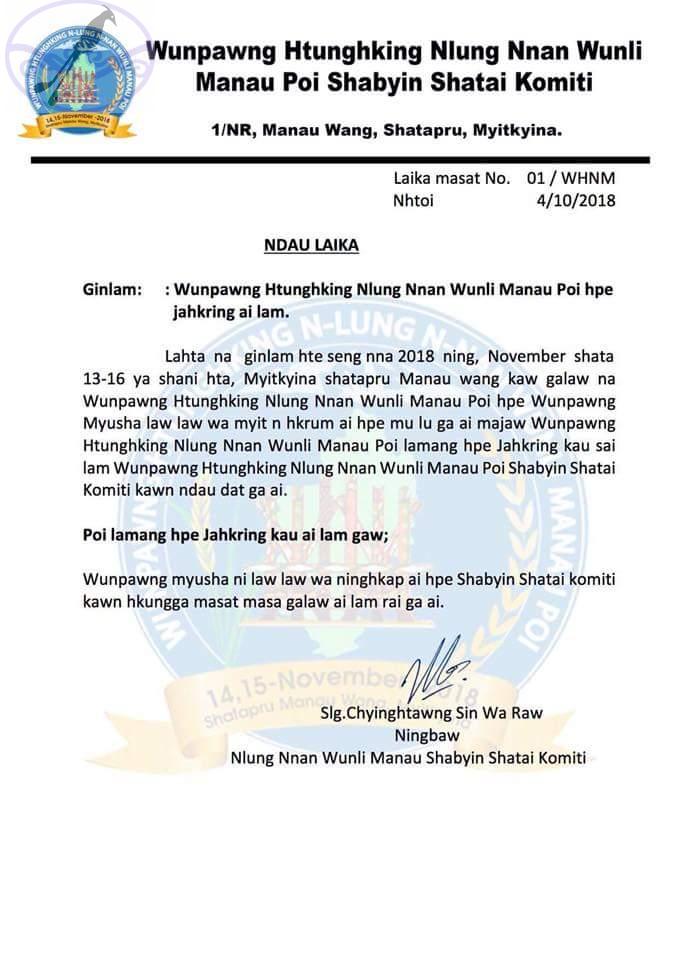 The Manau festival was planned to be held from Nov 13 to 16. Opponents of Manau festival said the time is not right for such a festival as there are many IDPs who are going through hard time and the nation is still entangled in a profound political crisis.

The statement by organizing committee said with respect to the opinion of majority the committee decides not to hold the Manau festival.