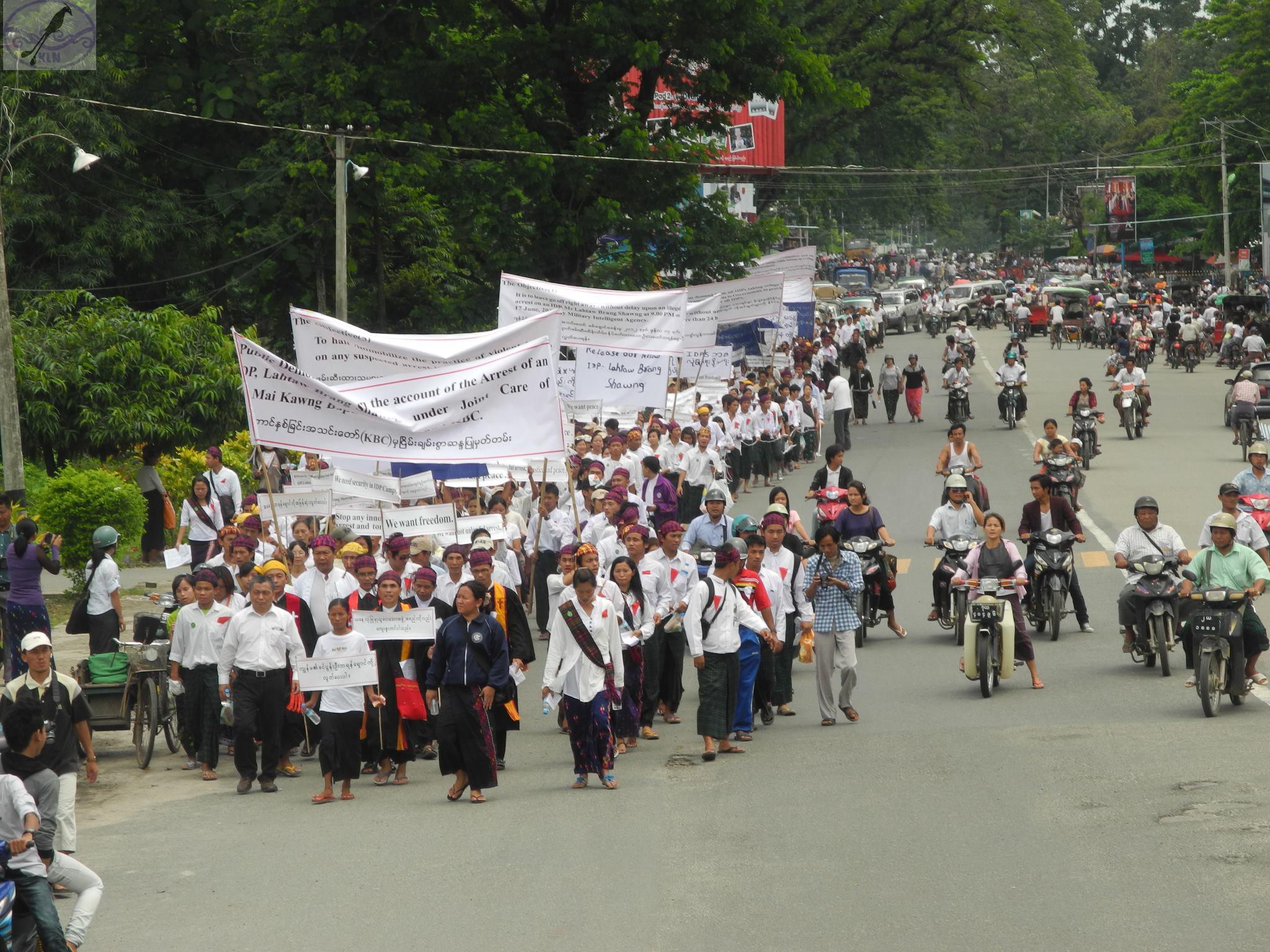 The 1994 ceasefire forged between the Kachin Independence Organization (KIO) and the military government of Myanmar came to an abrupt end on June 9, 2011, when a KIA outpost was attacked by the Tatmadaw or Burma Army. Tensions had been simmering ever since the KIO rejected the government’s Border Guard Force Plan which would have brought KIO forces under the government’s military command.

The years of truce did bring a period of relative calm, allowing for the implementation of development programs that helped war torn Kachin communities recover and rebuild. But after 17 years, the Kachins were getting restive. Instead of seeing the promised political talks materialize, they were witnessing unbridled exploitation of their resource rich land by foreign and local companies with close ties to the government.

As hostilities escalated, the KIO entered into negotiations with the government. In the numerous rounds of talks that ensued, it participated independently at first, and then as a member of the Nationwide Ceasefire Coordination Team (NCCT). The talks reached a stage where a draft text for a Nationwide Ceasefire Accord (NCA) was agreement upon. However, when some groups were excluded from the accord, the KIO and a number of other ethnic armed groups under the NCCT umbrella refused to sign on to the treaty. In the end, the so-called NCA was signed by only 10 of the 21 ethnic armed groups.

The Union Peace Conference convened in January 2016 was the swan song of the outgoing administration of President Thein Sein. The conference, without the presence of a number of significant stakeholders ended inconclusively. The new National League for Democracy (NLD) government is attempting to revive the peace process, but without the will or means to hold the military in check, hopes of any significant breakthroughs are slim.

The 7th anniversary of the Kachin War has come and gone but the Burma Army is showing no signs of letting up on its aggressive stance. Rather, it is intensifying its assault on Kachin positions with renewed vengeance. The latest round of hostilities beginning April 2018, saw the deployment of an overwhelming number of infantry battalions -108 in Kachin, and at least 90 in Northern Shan. Heavy artillery and jet fighters pounded KIA positions along the border with China, around the jade mining area of Hpakant, the lush Hugawng Valley, as well as the Triangle Area, arguably the country’s most bio-diverse region, lying between the Mali and Nmai rivers, tributaries to the great Irrawaddy.

Kachins therefore, are of the opinion that the army is bidding China’s will, so that it can resume its dam construction ambitions and further exploit their resource rich land. To put it in a nutshell, the Burma Army is clearing the path for China to implement its One Belt One Road initiative.

The human toll in terms of the displaced, killed, incarcerated and raped during this 7-year period of war has been staggering. Equally devastating is the structural damage inflicted. The number of Christian churches, Buddhist monasteries, childcare centers, schools and clinics destroyed or damaged amounts to 755 in total, according to statistics compiled by Karuna Mission Social Solidarity, a Catholic mission aid group.

The most discernable impact of the renewed war however, is the internal displacement of an astounding number of civilians caught in the crossfire. The latest round of fighting has seen thousands more joining the already swollen internally displaced ranks. Humanitarian groups estimate the internally displaced population in Kachin and Northern Shan to have reached around 150,000.

The newly displaced endured unimaginable hardships in their flight from conflict zones, trapped in jungles for lengthy periods of time with the army blocking their escape route and barring humanitarian groups to come to their aid. Even after reaching the relative safety of towns and cities, it seems they cannot catch a break.

The Ministry of Social Welfare, Relief and Resettlement, during a Naypyitaw workshop with UN delegates, announced a plan to close all camps for internally displaced persons (IDP) in 4 States, including Kachin. The decision was made without the knowledge of, or consultation with, local religious and civil society groups assisting IDPs on the ground. This has led to fears that the IDPs will be forced to vacate the camps and go home without any guarantees of a “safe and dignified” return.

Furthermore, the army issued a May 21 directive, warning humanitarian groups that those providing aid to IDPs sheltering in KIO-controlled areas would be liable for prosecution under the 17/1 law (association with anti-government elements), which could mean up to 3 years of imprisonment. Anti-war groups have also been similarly threatened. Those who protested against the war, Kachin as well as non-Kachin, have been taken to court, and some sentenced with jail time.

The NLD government should keep in mind that it won a majority of Kachin votes in the November 2015 elections mainly because the Kachins had banked their hopes on the party and its leader Daw Aung San Suu Kyi to bring about peace and reconciliation, and the IDPs could return home. If the government remains aloof to the suffering of the war torn Kachin, and let the army rampage through their land with impunity, perhaps it is time for the international community to nudge it in the right direction, i.e., the International Criminal Court (ICC).

The international community, which has been preoccupied for the better part of the past year with the horrendous crimes committed against the Rohingya in Rakhine, is now beginning to see parallels in the Kachin area. Questions are beginning to be raised whether “the human rights violations in Kachin and Shan states meet the criteria of at least crimes against humanity and war crimes”, if not “ethnic cleansing and genocide”.

The European Union for its part, has just this very day (June 25) imposed sanctions on 7 military, police and border guard force commanders, holding them accountable for “serious human rights violations” and “obstructing the provision of humanitarian assistance”, as well as “obstructing the conduct of independent investigations” into humanitarian crimes committed in Rakhine State. It should be noted that 2 of the 3 infantry divisions cited in the sanctions –  the 99th and 33rd Light Infantry Divisions – are currently in operation in Kachin State, committing the same types of atrocities with impunity, as in Rakhine.

How effective such sanctions will be, is of course open to question. Sanctions or not, what is uppermost in the Kachin mind is whether peace is still possible in their lifetime, and if future generations will still be able to call Kachinland home.