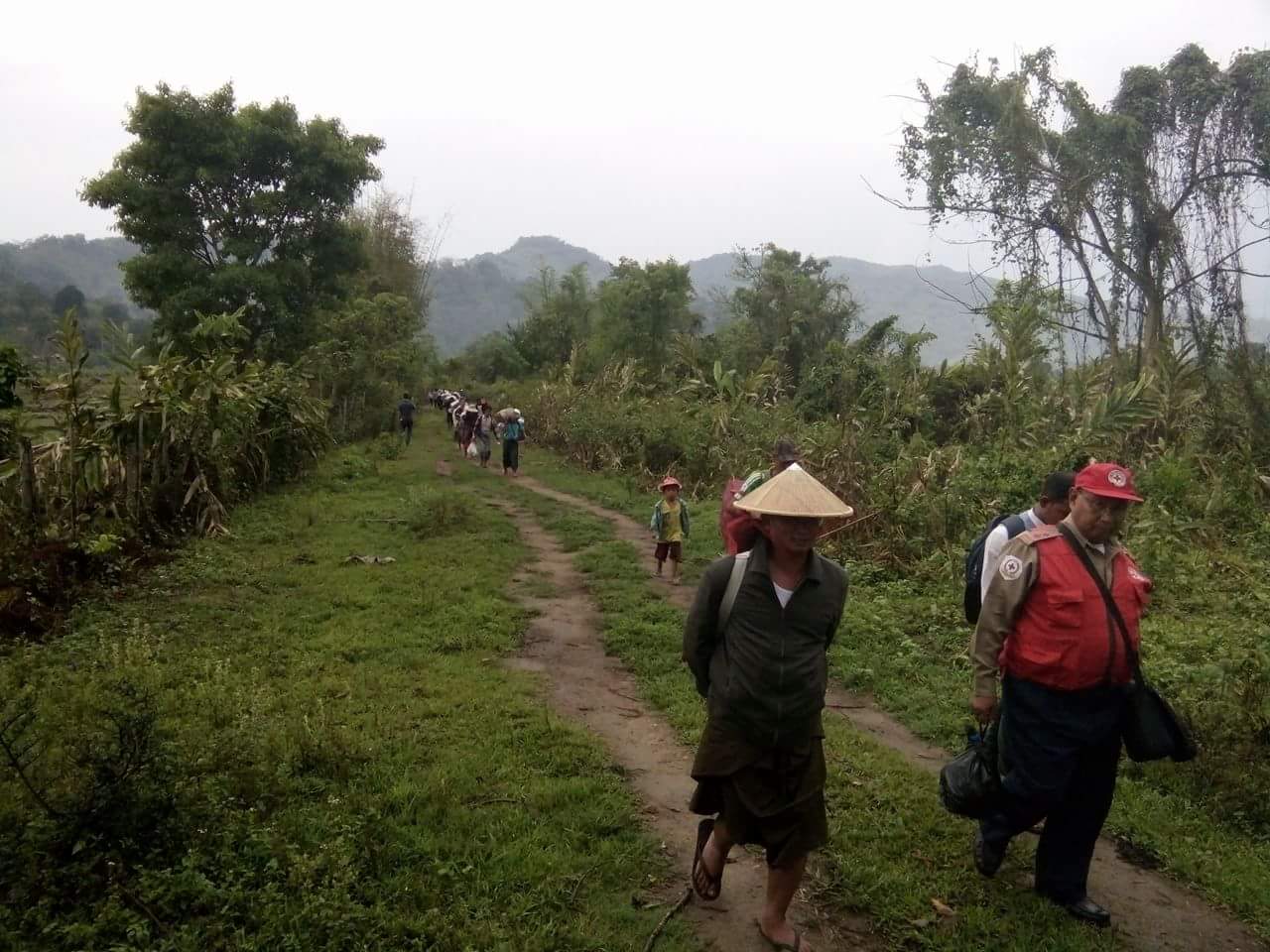 Villagers of Lai Nawng Hku (Man Wai) in Kamaing township had been trapped in an embattled zone since hostilities between the KIA and the BA intensified in the month of April. They had been confined to the village, prevented from leaving for safer locations by the BA. Desperate to escape, they had made several appeals to outside sources like the Kachin Baptist Convention, to come rescue them.

On May 6, largely through the efforts of  the Union Social Welfare, Relief and Resettlement minister who had arrived in Myitkyina from Naypyitaw to negotiate with the BA’s Northern Command, the army relented and finally allowed the villagers to leave. The first group to leave on May 6 was made up of 22 migrant workers and visitors to the village. 125 more villagers were released the next day, with 5 villagers opting to stay behind to look after their livestock.

The release came after an aborted rescue attempt by community and church leaders, who on May 4, had left from Myitkyina in a convoy of cars after getting the green light for the rescue mission from State government officials. However, they were stopped by army commanders along the way, and prevented from going into the village to bring out the trapped villagers.

The Kachin Youth Demonstration Committee, which had been spearheading youth sit-in protests since April 30, demanding the safe relocation of IDPs trapped in conflict zones, is adopting a wait and see attitude. They say that having been deceived twice by government assurances, they will not disband until they are fully assured that all the Lai Nawng Hku villagers have been rescued and safely relocated. They declare that this is just a chapter in their struggle, and vow to continue with the fight as there are still thousands of IDPs trapped in conflict zones in Kachin State.