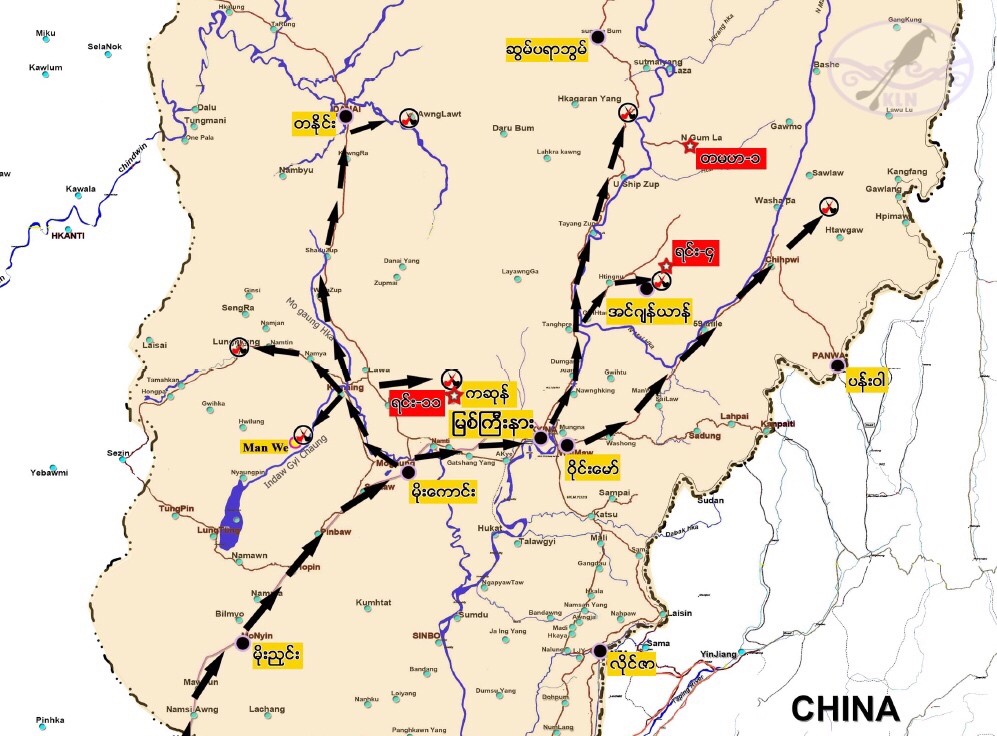 A battle took place between KIA troops under 2nd Brigade and BA troops at Bum Hkaw Bum near Hkamau confluence in Danai township on May 6 at 10:15 am.

On May 5 in Njang Yang township, KIA’s 4th Battalion troops launched an attack on BA post near Gwi Htau jetty at around 5 am.

Similarly, KIA troops under 2nd Brigade and BA troops engaged in a series of battles around Awng Lawt village in Danai township on May 3 at 7:45 am, 10 am, 4 pm and 6 pm.

In northern Shan state, BA troops under 55th LID and KIA’s 36th Battalion troops fought a series of battles at a hill between Sama village and Hkaw Bang village on May 3 at 10 am and again on May 4 at 7:45 am.

Meanwhile, BA fired a number of unprovoked artillery shells on KIA positions on May 3 and 4, reported KIA frontline sources.

Great service re: Brig. Lazum Tang Gyi story by L. Nang Kai I would postulate he saved the Union when U Nu hastily appointed him head of the Armed Forces to reverse the imminent fall of Rangoon, while simultaneously making Sama Duwa Sin Wa Nawng , Defense Minister.