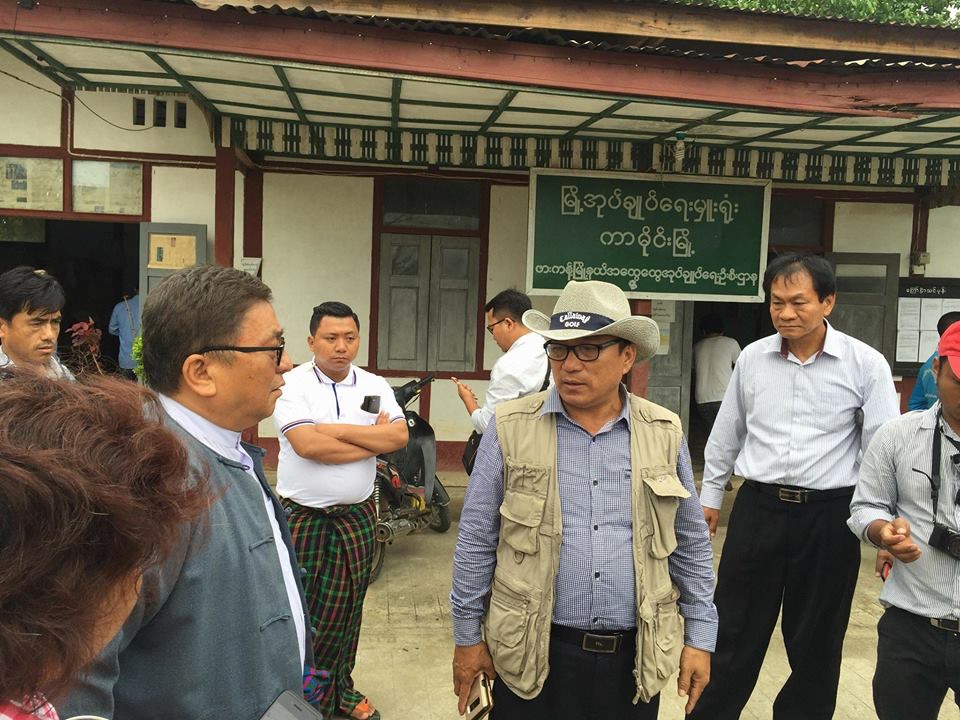 Sit-in protests organized by the Kachin Youth Movement have been going on in Myitkyina, capital of Kachin State, since April 30. About 500 Kachin youth from all over the State are participating, sleeping on the sidewalks, and vowing not to disperse until all the IDPs trapped in the fighting between the BA and the KIA have been safely led out.

After an arranged meeting with the Kachin State Chief Minister on the evening of May 3, the youth group was of the understanding that the rescue of about 160 trapped Lai Nawng Hku villagers could go ahead. The Chief Minister reportedly even promised to personally accompany the rescue team. His office however, refused to issue an official letter stating the government’s commitment to the rescue.

A rescue team made up of church and community leaders and Red Cross personnel nevertheless proceeded on its mission of bringing out the Lai Nawng Hku IDPs to safety. Along the way, they were stopped by army commanders and told that they would be allowed to deliver food supplies to the IDPs only, and not lead them out.

After contacting the Chief Minister, and his subsequent consultations with Naypyitaw, it transpired that only 3 from the rescue team would be allowed to meet with the IDPs, the sole purpose of which was to collect data (number of IDPs, gender, age, health conditions, etc.) They were also told to ascertain who amongst the IDPs genuinely wished to be rescued, and who would rather return home to their villages.

The team is in a quandary as to what to do next. If they could not bring out the IDPs, the youth would be outraged and continue with their protests, with the possibility of a crackdown looming large on them.