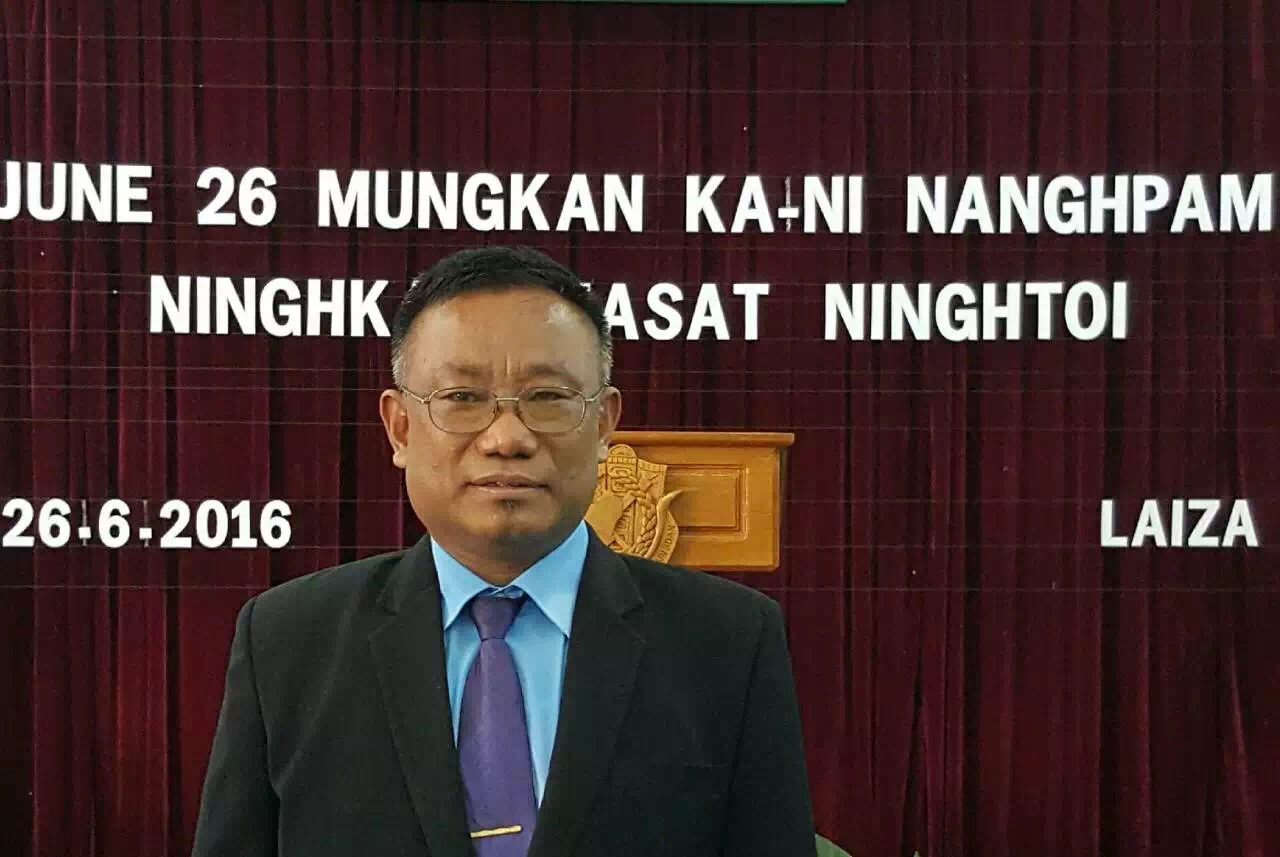 KLN: The Burma Army’s offensive in the western region has intensified after April 11. What in your opinion is the reason behind this strategy?

Col. Nhpang Naw Bu: I surmise the chief reasons to be:

1. Territorial Control: The fiercest battles being waged are areas around 2nd Brigade, 11th and 14th Battalions HQs. These areas happen to be in the path of China’s One Belt One Road (OBOR) initiative. To do business with China, they need to secure the entire area.
2. To prevent the flow of KIO revenue.
3. To distance the KIO from its public support.

KLN: What is the current war situation around Awnglawt in the Brigade 2 area, and the IDP situation there?

1. Battles will continue to intensify. Whether it is the BA or the KIA that makes the move, full scale battles are likely to occur, so this area is virtually a combat zone now.
2. There are currently over 2,000 IDPs. Some are trapped in Danai, and some in the forest. The government has said it is now safe to return home, but the villagers are afraid to return as BA troops are occupying the village, and they are afraid they would be subjected to checks and other acts of intimidation. They are concerned they might be made to serve as guides or human shields. It is learned that on April 23, 2 Awnglawt IDPs were shot and killed, while 3 others were injured and 2 remain missing.
3. IDPs face shortages in food and medicines. They are no longer allowed to move about freely.

KLN: We hear that most of the villagers from Kasung and Zup Mai are now at Namti Lambraw Yang. What is the war situation around the 11th Battalion area?

Col. NNB: The situation is very tense there. Some of the locals have left for Namti Lambraw Yang, and some for Myitkyina Namjim. They are too afraid to return home. Food supplies are low, as they have had to abandon homes and farms.

KLN: Are fierce battles still being waged in the Battalion 26 area? We hear that the villagers of Lai Nawng Hku are being held captive by the BA. What is the current situation of the captive villagers?

Col. NNB: Fierce battles continue to rage there. Some of the villagers have been released, but some are still being held captive. It is reported that the BA would not allow them to leave.

KLN: We hear that the BA army is currently deploying troops in unprecedented numbers to areas around the KIO’s Laiza HQ. What is the situation there?

Col. NNB: State of affairs in the Laiza area:

1. Heavy artillery shelling continues with what is thought to be 60, 80, 81, 120, 105, and 107mm mortars. On Dec 24, 2017, the Laiza Woi Chyai IDP camp was hit, and a volunteer teacher was injured. On April 11, 2018, artillery fire was directed virtually in all directions – Laiza, 3rd and 5th Brigades areas, and Laisin. One banana plantation worker was killed and another injured at Lawa Yang, Laiza. On April 12, Laiza, Mai Ja yang, 5th Brigade HQ, and Mobile Battalions HQ wereall bombarded. Laiza and its environs were shelled on April 15, Sunday. 3rd and 5th Brigades areas of Laiza, Laisin, Hpalap were hit on April 20. Over 20 rounds of artillery fire were directed at individual target seach time, with over 50 rounds fired in total for all the locations.
2. Exceptionally heavy reinforcements are taking place in the Laiza KIO HQ and Sadung areas as of April 23, building up to more than 50 truckloads of troops by April 24. Over 30 army trucks are stationed along the Sadung road. The deployments include heavy artillery, tanks and horses. 20 trucks passed through the Gwi Htau jetty in the Nmai Wa Lawng 1st Brigade area, on the night of April 24. There were also army trucks headed for the Chihpwi road. It is learned that the BA has ordered all civilians along the Sumprabum area to stay off the road. There are indications that the BA will also be making incursions into the Brigade 1 area. I foresee intense battles taking place in the KIO HQ, Sadung, and 1st and 7th Brigades areas.

KLN: If the BA continues with its push to overcome and annihilate through military might, is it still possible to find a political solution through talks?

Col. NNB: I think it is going to be difficult to seek a political solution through talks with the Bamars. In my opinion, they will not accept talks until they have taken control of the territory they want.

KLN: Do you have any message for the Kachins far and wide?

Col. NNB: What I would like to say to our people is that it will not be easy to achieve the independence and political rights we wish for. We will need to overcome many political and military hurdles. Let us not be discouraged. We will need to withstand these difficulties and challenges. Let us work harder to remain united.  Let us all do our part in rescuing and assisting our IDPs. I would like to urge the IDPs to be patient, taking strength from our shared aspiration for our own land and genuine peace.