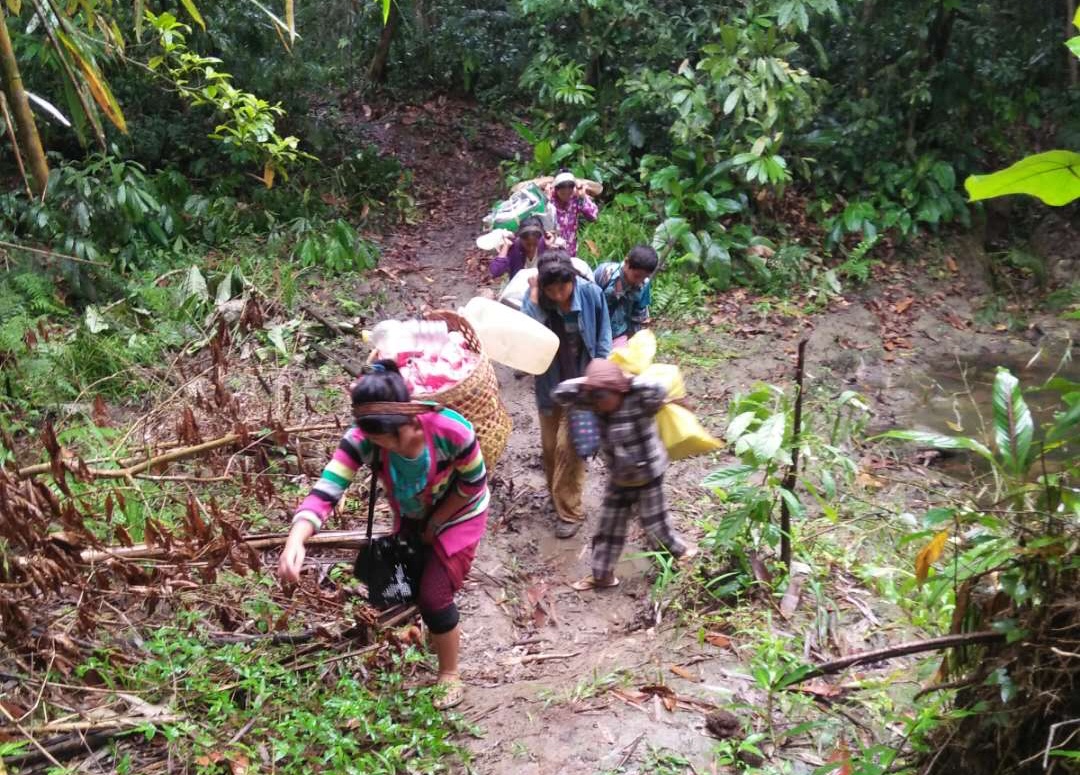 IDPs who had fled from their village of Lai Nawng Hku, Hpakant township on April 10, are still being detained by BA troops at Lai Nawng Hku, in the former barracks of the KIA. The detained IDPs are in dire straits as they are now running out of rice supplies and the number of sick and ailing among them is increasing.

The 13-member IDP relief team led by Kamaing township officer U Myo Thet Aung, bringing food and medical supplies for the Lai Nawng Hku IDPs were stopped at the boat jetty on April 23 by BA troops, forcing them to leave the supplies at Lawa village.

Local elders had petitioned the Kamaing-based BA’s tactical commander and the Kachin State government for permission to bring out the trapped IDPs, but so far, permission has not been granted.

The number of IDPs has been on the increase due to the BA’s assault on KIA Brigade 6 HQ at Lai Nawng Hka Hku since the beginning of April. Lai Nawng Hku villagers had wanted to flee to safety in bigger towns but the BA had stopped them from leaving as it wanted to use them as human shields, according to local sources.

The Lai Nawng Hku villagers had at first been kept at the Chawng Wa People’s Militia base. A business man from Seng Tawng had attempted to lead them out to Nyaung Pin on April 16, but they were ordered to turn back by the Hpakant-based BA’s tactical commander, resulting in their detention at the former KIA barracks.