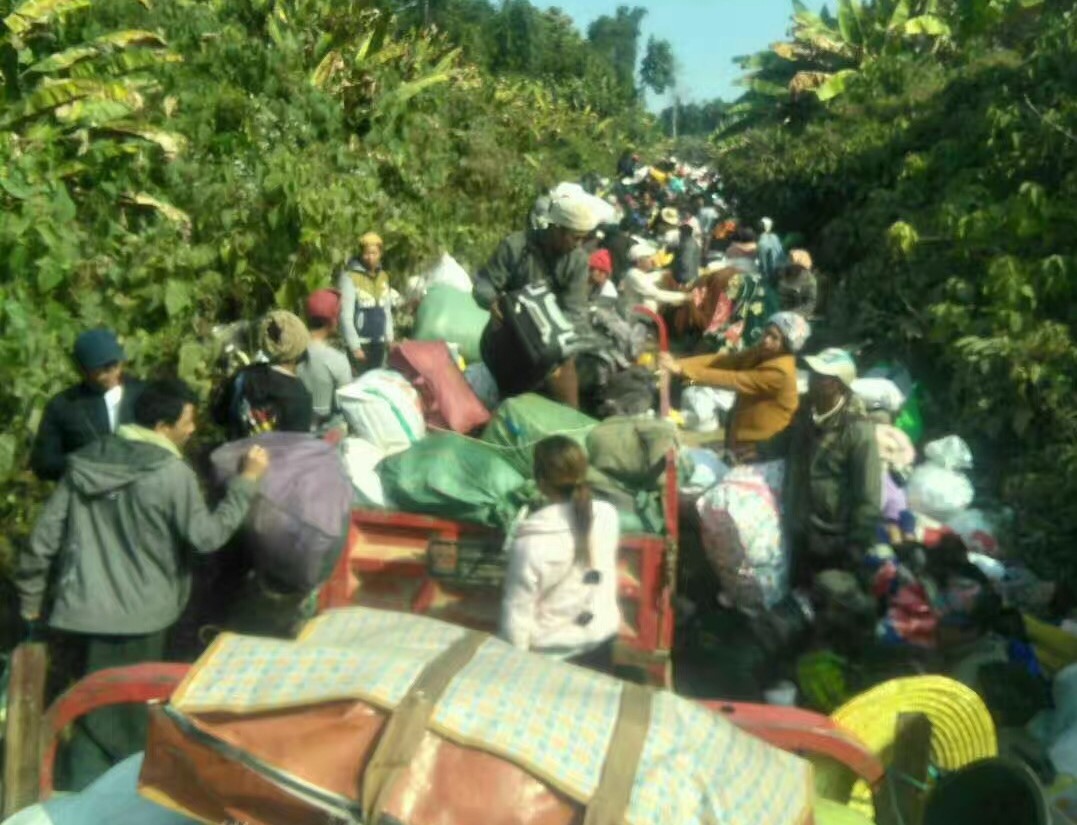 About 800 civilians over the age of 50 were allowed to leave the area besieged by Burmese army troops but over 2000 local villagers and migrant workers are still being trapped in Danai Township, reported an aid worker.

The aid worker said as of Wednesday those 800 civilians are still wandering in the jungle hoping to find safer shelters. He said those who were not allowed to leave the area besieged by Burmese army troops are reportedly being held as hostages and human shields against landmines and gunfire as battles escalate between Burmese army and KIA troops.

Kachin Baptist Convention (KBC) on Jan 30 released a statement that 754 people from 131 households have fled their homes in Lawt mai Yang, Nhtan Zup, Sama Bum, and Zupra Yang amid shelling and gunfire in Sumprabum Township. The statement said artillery shells continuously fell near Ndup Yang IDP camp and Salang Yang IDP camp. 154 students and 32 toddlers have been sleeping in the jungle and their health condition is deteriorating, and there is an urgent need for food and medicine, said the statement.