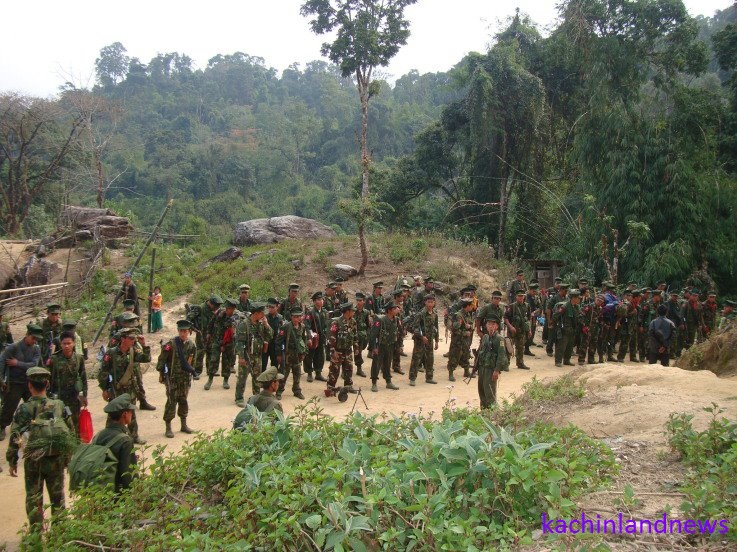 Battles continue unabated between Kachin Independence Army (KIA) and Burmese Army in southern and western Kachin state, and northern Shan state in the past week.

On the same day, Kachin civilian forces under KIA’s 27th Battalion launched attacks against Burmese army troops on the road between Gawk Ngu Yang and Nam Hka village in Mansi Township around 1:40 pm, and at Hka Ya Hkaraw around 1 pm.

On Jan 14, Kachin civilian forces under KIA’s 27th Battalion fought a battle against a Burmese army unit at a hill between Pung Ling Dingsa and Pung Ling Prang Daw in Mansi Township at 10:20 am.

In western Kachin State, several mortar rounds were reported fired by Burmese army on KIA frontline positions during the past week.

N-ga Ga-based 86th Light Infantry Battalion troops fired an artillery round on KIA’s 14th Battalion position at Chyasam Hka on Jan 10 at 2:15 am.

On Jan 12, an unmanned aerial vehicle flew over KIA‘s 18th Battalion positions in Lazing Kawng and Nbwi Bum at 11 am.

We always pray for you. If God is in our side, no can stand against us. God be with you all. We feel the pain with you.