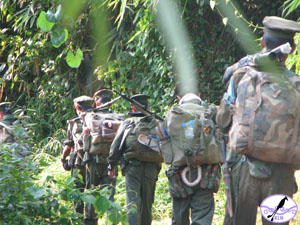 Battles continue raging in western Kachin and northern Shan states as the Burmese army has been sending more troops to KIA’s administrative region.

On May 29 evening in KIA’s 18th Battalion territory between Sut Shang and Awng Ja on the bank of Shagawk Hka, 3 Burmese army soldiers got injured stepping on landmines. The badly wounded soldiers were reportedly transported to their Northern Command headquarters in Myitkyina the following day.

In areas controlled by KIA’s 24th Battalion on May 31, the Hpun Pyen Bum-based Burmese army troops belonging to 56th Light Infantry Battalion(LIB) were reportedly clearing the ground to expand the base. On the same day at around 5:00 p.m. in KIA’s 3rd Battalion territory, approximately 20 troops belonging to Burmese army 321st Light Infantry Regiment(LIR) and local militia group were spotted patrolling along Dabak Hka.

The following is a list of Burmese army troops taking up positions in areas surrounding KIA’s administrative region:

Meanwhile, battles continue to rage in KIA’s 2nd and 8th Brigade territories in western Kachin State. On May 3 at around 3 a.m. near KIA’s Mai Sak Post manned by its 14th Battalion troops. A fierce battle broke out as about 50 men strong 126th LIB Burmese army troops led by Major Htun Myat Tu Rain ran into two KIA soldiers who were returning to their post from running errands. The outnumbered KIA troops abandoned their outpost after the surprise attack. A Burmese army captain was reportedly wounded while a KIA corporal was killed in action. KIA’s 14th Battalion troops and MHH (Kachin Civilian Forces) have been surrounding and attacking the Burmese troops who have just overrun the outpost.