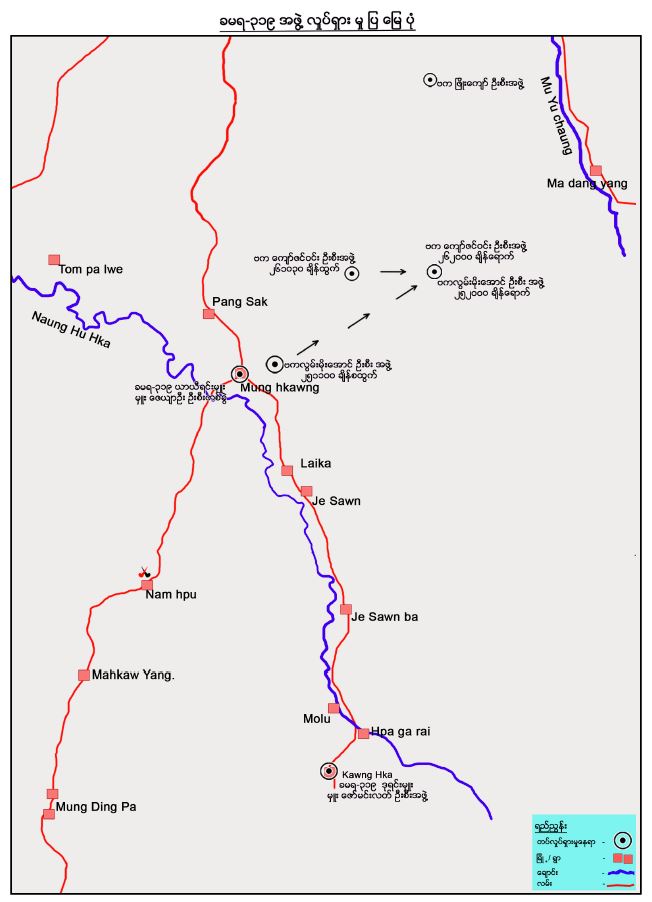 Three Kachin Internally Displaced Persons (IDPs) from Mung Hkawng IDP Camp were abducted and killed by Burmese army’s 319th Light Infantry Regiment (LIR) soldiers. Locals assured Tatmadaw soldiers had committed the killing as they saw IDPs being taken by the soldiers and there were no other armed groups active in the area.

Three Kachin IDPs: Sumdu Gam Awng, aged 31; Labya Nawng Hkum, aged 27; and Maran Brang Seng, aged 22; and three other timber traders were abducted by Burmese army’s 319th LIR soldiers on May 25 at around 7:30 pm. Three timber traders who were abducted together with Kachin IDPs paid some money to the soldiers and later being released. But three Kachin IDPs were seen being dragged away with their hands tied by the soldiers.

A day after being abducted, three IDPs were killed by the soldiers at Hka Pra Yang, about 4 miles from Mung Hkawng, on May 26. A fellow IDP said he heard the sound of gunfire early morning on May 26. The bodies of three IDPs had been found on May 28 about 100 meters from where they were tortured and killed.

The following day, on May 29, members of Bhamo Joint Strategy Team (JST) picked up three bodies and brought to Mansi General Hospital for identification and autopsy.

Burmese army’s Commander in Chief’ office on May 30 released a news statement that the bodies of three civilians have been found 3 miles from Mung Hkawng village and concerned officials are investigating Tatmadaw’s involvement in the murder case.