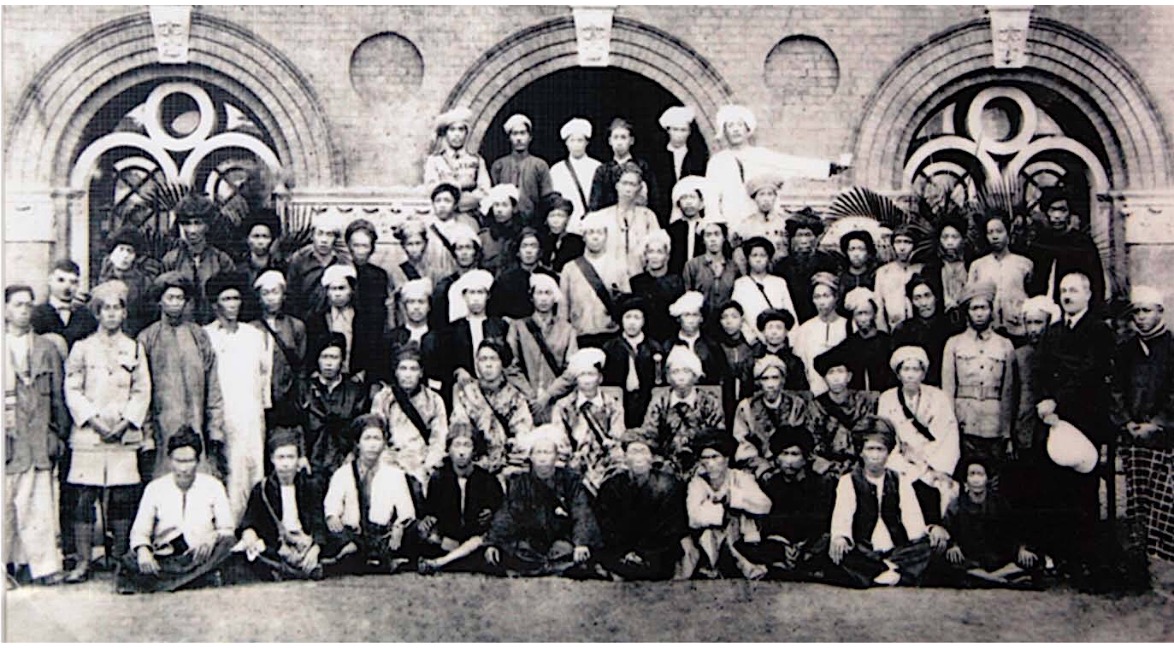 Maran Robin was born Maran La, or Palawng La, in recognition of guests from the Palawng tribal group arriving at his village of Maran Wa Yaw at the time of his birth. In 1867, his uncle brought him to Bhamo town, to be educated at the mission school run by American Baptist missionary Rev. Roberts. It was Rev. Roberts who gave him the nickname “Robin”, as the way he sat with both legs crouched on a chair, resembled a robin perched on a tree. The name stuck and he later became better known as Maran Robin, also spelt alternatively as “Robbin”.

As a boarding student, he had the responsibility of looking after Mrs. Roberts’ chicken coop as part of his upkeep. He had to collect eggs every morning, keeping careful count of the eggs and hens. One morning when he frantically reported to Mrs. Roberts that a hen was missing, he was met with this mirthful rejoinder from Rev. Roberts: “Robin, we stole one of your birds and ate it without telling you!”

Maran Robin was a bright and hardworking student, always coming out first in government exams in the entire Bhamo area. Upon passing the 4th Standard government exam, he was awarded a scholarship of Rs. 15 per month, which allowed him to attend an Anglo-Vernacular School in Rangoon to learn English. During his student years, he never asked for, or received financial assistance from his parents, working at odd jobs to support his needs. After passing the 9th Standard and completing teachership training, he worked for a time in Rangoon as a teacher, at a salary of Rs. 45 a month. He returned to Bhamo when Rev. Roberts asked him to come back to teach at the mission school, even though it would be at a much-reduced salary of Rs. 25 a month.

After teaching at the Bhamo school for a few years, he worked at various government positions as clerk, translator, and headmaster of the government primary school at Sinlum. He was then appointed Deputy Inspector of Schools (DIS), becoming the first Kachin to rise to that position.

As DIS, he devoted his time and energies to not only uplift the education standards of rural Kachins, but also to fulfil their spiritual needs. On his inspection trips, he always made time to preach at Sunday service or other public gatherings. It was a time when newly converted Kachins in remote areas, without the benefit of trained pastors to teach or guide them in their new faith, eagerly anticipated the DIS’s school visits and the sermons he would deliver. Despite admonition from his British superiors, Maran Robin continued to perform the dual role of school inspector and spiritual guide for the Kachins, setting a precedence to be faithfully followed by his successor, DIS Lahpai Khun Nawng.

In 1925, DIS Maran Robin and Pangmu Duwa Lahpai Zau Tu led a delegation of 56 chieftains or Duwas to Rangoon to petition then Governor Sir Harcourt Butler for autonomy for the Kachins. The letter presented to the Governor, translated into English by DIS Maran Robin, asked that Kachins be administered independently from the Shans and Bamars in the proposed Home Rule, and the creation of better education, health, and livelihood opportunities for the Kachins.

After retiring from government service in 1932, he received theological training from Rev. G. Geis, a missionary to the Kachins, and became an ordained pastor. He set up a church and mission school at Sumprabum, the hilly Hkahku area to the north of Myitkyina. He was assisted ably in this mission by his wife, who was the first Kachin woman to graduate from the Insein Bible School at Rangoon in 1902. He became a prominent church leader representing the Myitkyina region in the Kachin Baptist Association, the precursor to the Kachin Baptist Convention of today.