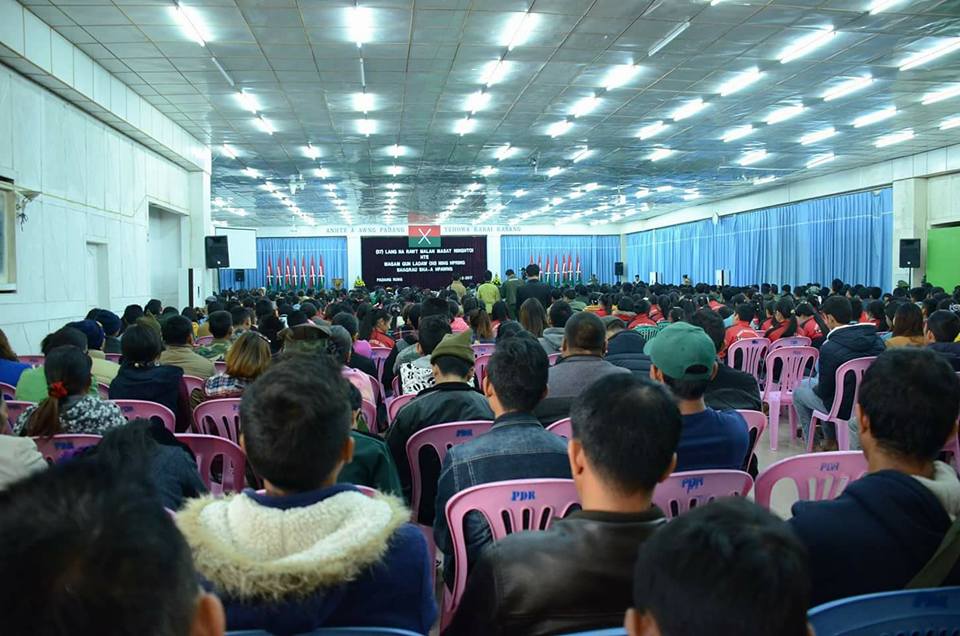 Members of Kachin Independence Organization and Kachin communities around the world commemorated the 56th Anniversary of the Kachin Revolution Day on Feb 5.

KIO/KIA personnel and local civilians held a ceremony to commemorate Kachin Revolution at the KIO headquarters at Laiza and Laisin Bum. KIO’s chairman Lanyaw Zawng Hra’s message was read out and the organization’s outstanding service awards were given to individuals with 10,  20, 30, 40, and 50 years of services.

In Mai Ja Yang, about 400 KIO/KIA personnel from KIA’s 3rd, 4th, and 5th Brigades and local civilians attended a prayer service at Hkabap Kawng on February 6 at 11 a.m.

Similar ceremonies to rededicate the fight for freedom and equality were held by Kachin communities in major cities around the world.

Burmese leader General Aung San came to rally Kachin people for support in forming a federal union with the Bamars in 1946. Kachin leaders trusted the promises given by General Aung San for local autonomy and equal rights among different ethnic nationalities, and signed the Panglong Agreement on February 12, 1947.

In the 1950s, the years leading up to the Kachin revolution began as the then Burmese government led by leaders of Anti-Fascist People’s Freedom League ignored Panglong promises and asserted the Union in their own terms, repressing ethnic groups, and their cultural and religious traditions.

U Nu’s notorious racial project to burmanize the whole country, to transfer Kachin territories such as U-di U-ga and Laisai Ga to lower Burma and Hpi Maw, Gaw Lang, and Kang Hpang to China,  and to make Buddhism as a state religion further fueled the growing inequalities felt by ethnic nationalities.