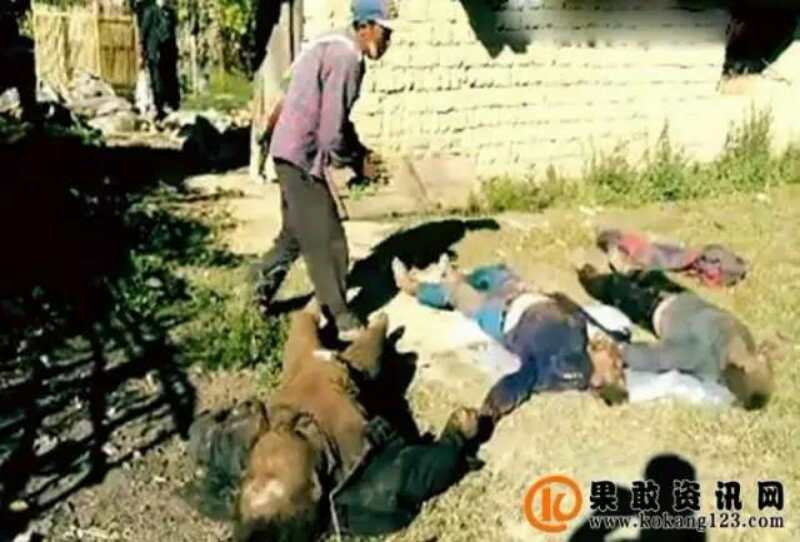 The bodies of three murdered Mongkoe residents were recovered by civilians on December 11. The Burmese army troops had clandestinely buried the bodies after brutally torturing and killing the victims, locals reported KLN.

The names of the murdered civilians are as follows: Mr.Yan Ya Bau(51), Mr.Zinwa Zau Tu(56) and Mr.Kau Lu(45). The three men, who on December 4 sneaked into Mongkoe to visit their homes after briefly deserting the town, were promptly seized by Burmese army troops.  After savagely torturing them to death, Burmese army troops buried the bodies in Mr.Aung Sa’s compound in Quarter 2. After having been recovered, their bodies were burned and the remains buried on December 11 by fellow Mongkoe residents.

The residents of Mongkoe began fleeing to Chinese towns across the border on November 20 due to deadly clashes between Burmese army and Norther Allied troops. After taking control of the town from the Allied Forces, Burmese army troops announced that fleeing residents could return home on December 9. Some residents have already returned; however, many still scurrying back and forth between Mongkoe and Chinese side of the border fearing torture and abduction by the Burmese troops who have reoccupied the town, according to an elder from Mongkoe.