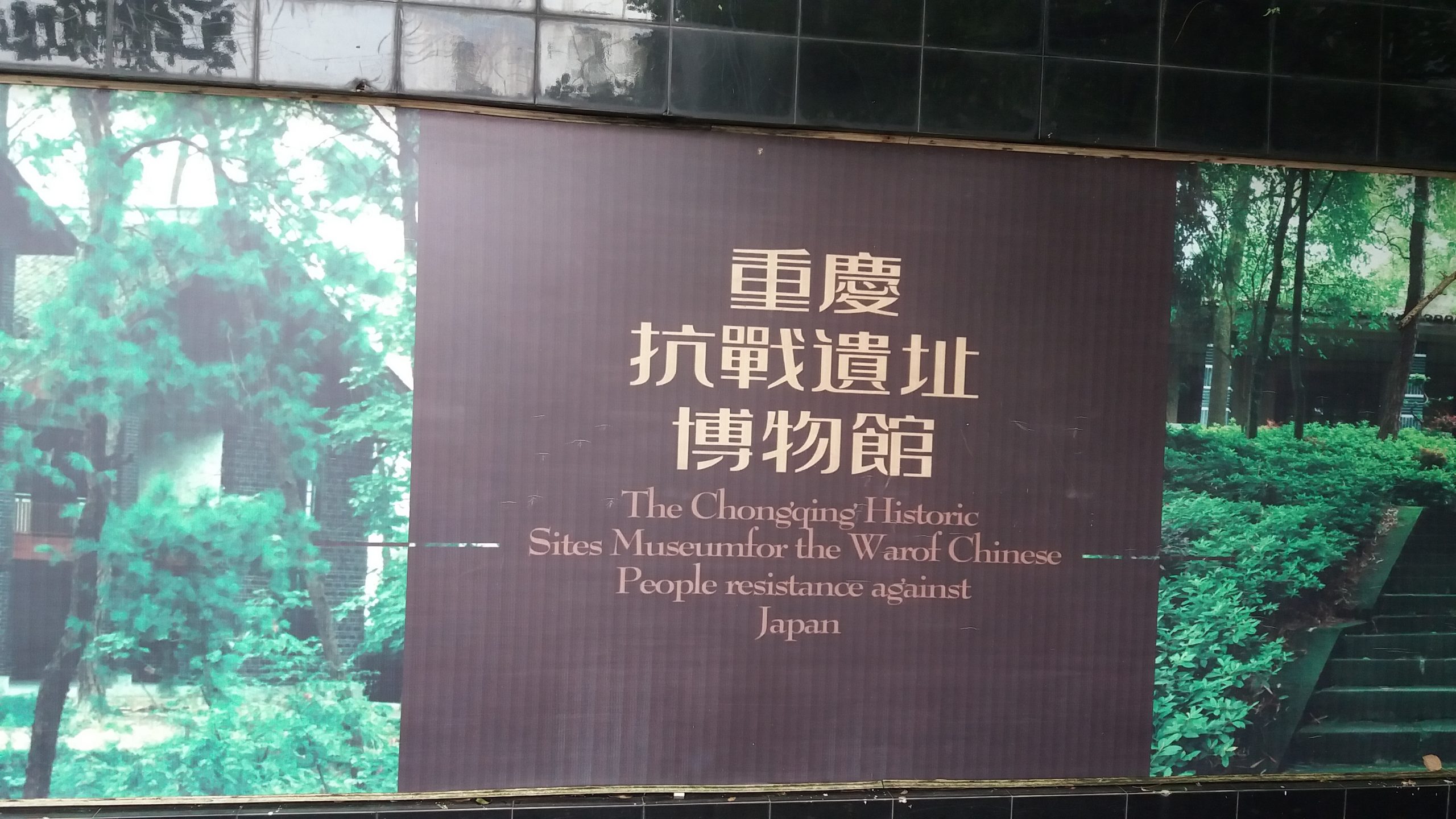 I was in Chongqing for an energy cooperation conference at the end of June. It was my second visit to that metropolitan region, which has historical connections to Myanmar. We had an afternoon free and our hosts from the Municipal Government (and the Party) asked us where we would like to go. I immediately replied that we would like to visit the wartime headquarters of the Nationalist Chinese government.

It has become a “War of Resistance Against Japan” Museum and was on the steep Nanshan mountain overlooking the city. When the Chinese civil war ended, it had become an office for the Communist Party, and one or two buildings had been added. But the original buildings of the wartime capital period (1936-1944) were carefully preserved and open to the public. The bungalow that had been the residence of Generalissimo Chiang Kai-shek (Jiang Jieshi) and his wife is one of the key exhibits in that museum park. But my favourite is the head of state’s office situated on the highest hill in the vicinity. It was rather romantically named Yun Xiu Lou, which is translated as Cloud Peak House or simply “above the clouds”. It is two-storeyed and furnished in a spartan style, as befits wartime. Besides the meeting/briefing room and the leader’s private office, there was a small bedroom where he could rest. Downstairs there was a bedroom for the guards, who were all from Chiang’s home province of Zhekiang.

All over China, museum guides are smartly-dressed and knew their subject inside-out. The young lady who was our guide explained in Chinese and our host translated. She said they didn’t have many visitors from Myanmar, but she was well versed in how Burma/Myanmar had helped in World War II. Chongqing itself was very badly bombed by the Japanese and thousands of civilians had died. There was a map of China of those days in the meeting-room wall that showed the battles fought against the Japanese forces. Very professionally, the guide said that in every battle, the Chinese forces had lost ten times more men than the Japanese. There was a poignant chart that shows a list of Chinese generals who had fallen – 255 in all, with an average age of thirty. Photos of Chiang together with Mao Zedong were also on display, including one of their last meeting before the civil war resumed.

Our kind host referred to the Nationalist Party or Guomindang (KMT) as the “democratic party”, as opposed to the Communist Party. At one point, he asked me what I thought of the CPC and President Xi, adding that “he understood that our views could be different”. So I gave him the briefest of impressions, while also adding an account of the KMT incident in recent Myanmar history. He said he didn’t know about it and thanked me.

Coming to that episode in history, today I happened to read in The Diplomat an essay titled “Myanmar’s Kuomintang ‘Incursion’ ” written by Alice Dawkins, a research student at the Australian National University. It sheds new light upon a story that every Myanmar citizen of that generation knows by heart. I am sure her sources and research are immaculate and I have nothing to dispute on that regard. But what comes out is an urgent need for understanding from all sides that stretches from that period – the early 1950s – to this day.

We know from other sources too that some Shan sawbwas were regarded as “soft” on the KMT which had entered Shan state from Yunnan in mid-1950. Their feudal power was already declining, but suspicions of cooperation with the KMT hastened their fall. The military in particular harboured a vengeful streak. During the military “caretaker” government period in 1959-60, the sawbwas had to relinquish their remaining feudal powers. In accompaniment there had been a movement to demonize federalism and the South-East Asian Treaty Organization (SEATO), and US (actually CIA) machinations. For Kengtung, this culminated in the dynamiting of the sawbwa’s haw or palace in 1991. Many people are aware of the demolition of the Rangoon University Students’ Union building on 8 July 1962 but far fewer know about the fate of the Kengtung haw.

At the present time, when the call for federalism is being revived, history can neither be suppressed nor white-washed anymore. The coming 21st century Panglong conference will (hopefully) discuss political arrangements and structures, and this will be a step in the right direction by itself. But something that goes deeper is needed too, and we don’t see anything of that yet. Precisely at a time when ethnic nationalisms are emerging in strength and violence, there HAS to be a search for an over-arching national identity which hasn’t existed before. Wounds have to be healed and a new sense of togetherness fashioned piece by piece. Otherwise it would be akin to building a brick or stone building without the mortar.

The task is going to be more difficult than it had been in the 1950s. At that time, the country had been wracked by civil war, but the majority polity and society (the Bamar) had held together. Now this central polity itself is riven. I am all for the peace process; a ceasefire has to be established and it has to hold. And the parallel process pointed out has to happen, and it cannot be limited to politicians alone. It HAS to go forward – even if ceasefires continue to be elusive. It cannot be side-stepped.