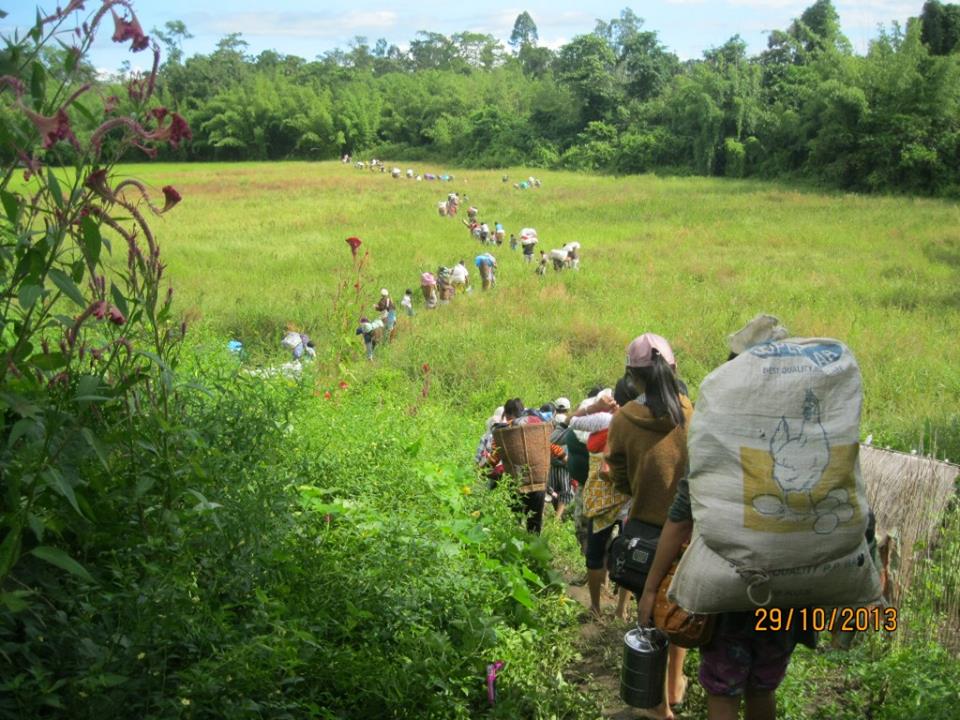 With the opening up of Burma, or Asia’s last frontier – to use a popular catchphrase, the country has become a magnet for foreign investors eager to have a slice of its resource rich cake. This, notwithstanding the fact that the resource rich areas happen to be ethnic borderlands which have been embroiled in civil war with the central government for decades.

In the frenetic rush to invest and make profit, not much thought seems to have been given to crucial questions such as who will benefit from the investments, whether local populations have been adequately informed or involved, or whether the extraction and subsequent exploitation of resources from ethnic lands would further inflame ethnic wars.

China, whose economic interest in Burma predates 2011, has been able to take advantage of the country’s riches in natural resources almost unrivalled up to that point in time. Its investment in Burma, estimated to be in the billions since 1988, covers a wide range of business ventures from logging and mining to oil exploration and hydroelectricr projects, not to mention the building of oil and gas pipe lines from the Arakan coast to its landlocked provinces of Yunan and Sichuan.

China’s development projects, carried out in partnership with, and primarily benefitting the military/government, are highly controversial given their negative environmental impact and flagrant disregard of local concerns. The suspended Myitsone Dam project for instance, serves as a watershed moment for popular opposition to Chinese funded projects.

The Kachin area holds special importance to the Chinese in the context of its abundant natural resources and hydroelectric potential, and geographical proximity to its province of Yunan as a conduit to flood cheap Chinese goods into Burma. Furthermore, part of its gas and oil piplines pass through territory controlled by the Kachin Independence Organization (KIO) in northern Shan State.

The KIO, one of the few armed ethnic groups which has thus far held back from signing the nationwide ceasefire treaty with the government, has come under intense pressure from the Chinese to sign on as they are eager to see the area pacified and have their economic activities continue unhindered.

However, China’s dominance of Burma’s economic and political landscape is being threatened by recent geo-political developments involving the Burma-China-US love traingle. The launching of President Thein Sein’s “reform process” provided the US a legitimate excuse to engage with the Burmese government, and a way to curb growing Chinese influence in South East Asia. The Burmese for their part, eager to find a way out of China’s overweening influence, was more than receptive to US overtures. Besides, it meshed perfectly with the generals’ master plan of coming out of the cold and enjoy the economic and development aid sure to flood in from the US and other western countries after so many years as an international pariah.

Thus far, the attentions of both the US and China have been to the Burmese government’s advantage. Both powers favor working with the Bamar-dominated central government at the expense of marginalized ethnic minorities. The army is given free rein to continue crushing ethnic armies while the quasi-civilian government of President Thein Sein goes through the motions of a peace process.

But it seems the government’s lie is catching up with it as questions keep surfacing whether the government is really sincere about its promise of reform. With continued ethnic conflicts despite on-going peace talks, the inhumane treatment of Rohingyas, and the reversion to violent crackdown tactics in dispersing recent student and worker protests, even the UN special rapporteur on human rights in Burma, is saying that the government is backtracking on its pledge to protect human rights.

Against this backdrop of renewed violence and geo-political power play, Yun Sun, fellow of the Stimson Center and the Brookings Institution, makes an interesting observation in the Feb 20, 2015 isue of the Asia Pacific Bulletin. With regard to the Kokang conflict, she says “Great powers like China and the U.S. should be particularly careful and guarded against manipulations from local players”. Specifically referring to KIO Gen. Gam Shawng’s statements in an interview with China’s “Global Times”, she accuses “ethnic groups in northern Myanmar” of “seflish incentives and manipulations”, in trying to portray the source of the Kokang conflict as a US conspiracy to contain Chinese influence in the region.

To insinuate that “local players” and not “great powers like China and the US” are capable of underhanded “manipulations” is hyperbolic at best. It is to be remembered that “locals” – ethnic minorites in this context – are nationals who for so long have suffered discrimination, exploitation and abuse and denial of the rights guaranteed them at independence. Is it so wrong of them to try to have a say in matters that are of vital importance to them? Or as Ms. Yun Sun seems to suggest, to passively let the powers that be walk all over them?

Further, that world powers like the US and China can be manipulated by such a small time players like the KIO and other ethnic armed groups is overstating the case. If that is the case, more power to the KIO and the oppressed ethnic nationals, then. It is high time ethnic minority groups, who so far have been mere pawns in the geo-political game, assert themselves and play the game to their advantage.

Perhaps in a way, the KIO gambit is paying off, judging by the announcement that for the very first time, KIO leaders are to meet with the very top echelons of the government and army at Naypyidaw, ahead of the nationwide ceasefire talks on March 16. It is learned the government has also agreed to discuss the shelling of the KIO military academy that resulted in the killing of 23 cadets in Laiza on Nov. 19, 2014.

Given the government’s history of promising one thing and doing another, whether any concrete results will come out of the meetings is anyone’s guess. Perhaps it is just the army’s way of diverting attention from the cruel suppression of student protestors that have so enraged the public, or the Kokang conflict where the army has suffered great losses, or perhaps it just wants to apply the same divisive tactics it had used quite successfully with the KNU.

The KIO for their part, should be mindful of lessons learned from the 1994 ceasefire agreement not to enter into any agreement that only serves the interests of the organization and not the Kachin people as a whole.

Pangmu Shayi is a regular columnist at the Kachinland News. She can be reached at [email protected]