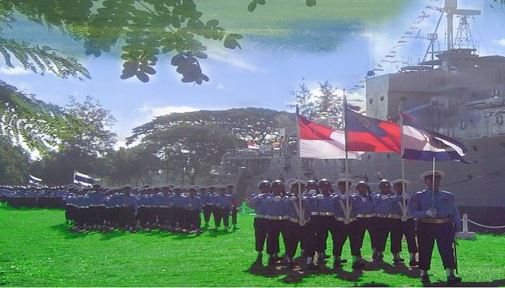 The world should face the truth and say that the Tatmadaw does not want Peace, Democracy and Federalism. Instead it wants a thinly disguised pseudo democracy giving in exchange for the international community right to invest and start business. In a world where “business always overrules the conscience,” the international business community has willingly issued a General Amnesty to the Burmese Generals for all the war crimes against humanity.

In former Yugoslavia, Cambodia, several African countries war-criminals have been arrested, prosecuted and sentenced but not in Burma? The Tatmadaw has carried out several genocides similar to Rwanda lines, and everybody knows that the Tatmadaw soldiers are murderers, rapists, tortures, looters, arsonists and many others that have committed all these gross human rights violations and systematic War Crimes. They have gone free without being held responsible or punish for their heinous atrocities against the people of Burma, particularly the non-Myanmar ethnic nationalities in exchange for the right to invest.[1]

The current scene in Burma is that the country has become an essentially the scene of a massive Land Rush, the likes of which the world has not seen since it swept across Oklahoma grabbing up the lands of Native American Indians who were in the way of “progress”.   Burma as Southeast Asia’s “Land of Sighs” is now everyone’s Cash Cow and cause célèbre to promote their causes, agendas and destinies.[2]  Long-oppressed ethnic nationalities will likely be the casualties even now at the peace talks there were major disagreement.

It is understood that even though the ethnic armed groups and Burmese government negotiators have earlier agreed to work toward a “federal system” at their last meeting in August, the Tatmadaw remained unhappy about the government conceding to ethnic nationalities’ longstanding demand for a federal system in the country and would not allow the smaller ethnic groups such as Kokang, Wa, Arakanese, Lahu, Naga and many others to be part of the 21-member United Nationalities Federal Council (UNFC).[3] A clear “Divide and Rule” strategy by the Myanma Tatmadaw. Earlier, it was able to wean out the KNU lead by the turncoat Mutu Say Po, and his henchmen and have try to weaken the UNFC and is now eying smaller ethnic nationalities to obliterate them as what they are doing to the Rohingyas . Even, Nai Hong Sar the ethnic leader leading the UNFC said that, “It is very possible the Tatmadaw do not want to have peace talks,” and expressed doubts over the military’s willingness to sign a nationwide ceasefire, after Burma’s commander-in-chief reportedly rejected a call by ethnic groups for a more inclusive accord than the government has been willing to allow. They simply could not comprehend of the Union of the country and did not recognize the Panglong Accord. This is a major fault line in the Burmese crisis and the Burmese army cannot treat other races other than Myanmar as an equal.

This also reveals that the Tatmadaw has not get rid of its Mahar Myanmar spirit of one country, one religion and one language and that Myanmar must dominate over all the other ethnic groups because they are not only fewer in number but also inferior to them. It seems that they come to the conference with a superior motive and is actually looking to the UNFC team not through the eyes but with the nose, just to indicate that they are above them. Hence they put up the six points all of which they are committing:-[4]

All these six points which the Tatmadaw puts up in the peace negotiations talk demonstrate that they don’t want Peace, Democracy or Federalism? Hypothetically the rubber stamp parliament approved a proposal urging the government and ethnic armed groups to work together to agree on a nationwide ceasefire.[5] What more surprising is that the Commander-in-Chief Min Aung Hlaing with no rhyme or reason faulted United Nationalities Federal Council (UNFC) for being an obstacle to the ongoing peace process?[6]  The current Burmese hypocrite.

But the unkindest cut of all is that the Tatmadaw going back to their earlier agreement. Senior NCCT (Nationwide Ceasefire Coordination Team) member Dr.Salai Lian Hmong Sakhong, (head of the Chin National Front), said the government negotiators – a delegation known as UPWC (the Union Peace-making Work Committee) headed by Minister Aung Min – had backtracked on issues that had been discussed at previous meetings. “The UPWC team have backtracked on certain key issues that had already been discussed, such as the road map for political dialogue. We basically had to restart negotiations from scratch,”[7] he commented. This proves beyond doubt that the Tatmadaw did not intend to honour its own words. They have done these to the ethnic nationalities of Burma for more than half a century and now they are trying to hoodwink the international community. Will the West led by the US bestowed their blessings on the quasi-military government of Burma and its ever marauding Tatmadaw?

The author can be reached at [email protected]

The views expressed in this article are the author’s own and do not necessarily reflect Kachinland News’ policy.