Additional Burmese government troops have been deployed in Kachin areas contrary to President Thein Sein and his ministers’ claim that Burmese army is fighting a defensive war in Kachin and northern Shan state.  About 1000 Burmese soldiers were transported from lower Burma to Myitkyina after the two sides met in border city Ruili on Oct 30, said a Myitkyina resident. During the talk, U Aung Min, head of Burmese government delegation, promised to begin a political dialogue in near future.

A battle took place between KIA’s 15th Battalion under 3rd Brigade and Burmese army’s 437th L.I.B near Chyahkan Dap and Wa Wang village on Nov 8 at 10 am. Burmese government soldiers were reportedly sent to KIO-controlled area to clear the path and provide security for additional reinforcements coming from lower Burma. Burmese soldiers transported to Myitkyina by train to reinforce existing troops were immediately being deployed at Tang Hpre village, near suspended Myitsone dam project. The soldiers killed civilians’ livestock such as chicken and cow for their food once they arrived at Tang Hpre on Nov 8, said a local resident.

Another battle took place between KIA’s 5th Battalion under 2nd Brigade and Burmese army’s 141st L.I.R near Si Sat village on Nov 7 at 2 pm. A KIA source claimed at least 7 government soldiers were killed in this battle.

On northern Shan state front, a local Kachin people militia fought against Burmese army’s 507th L.I.B at Gap Na village on Nov 4 at 7 am.  Another round of skirmish took place between the two sides on Nov 5 at 6 am.  No known casualties have been reported so far. 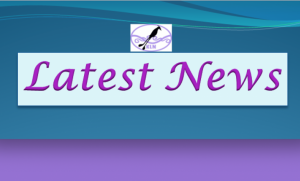