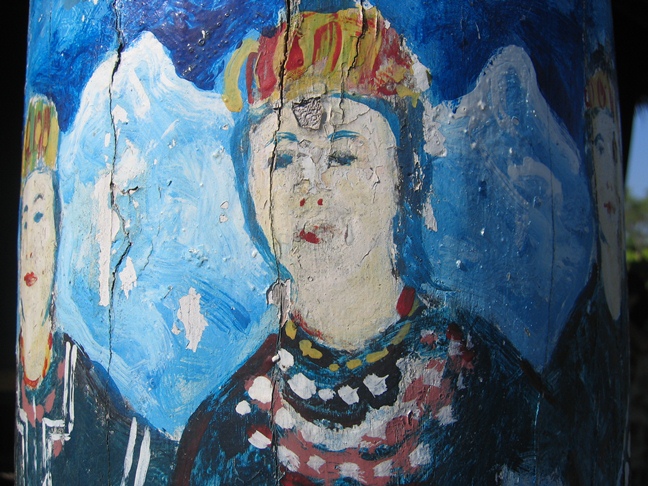 On May 13th, many parts of the world will celebrate and honor mothers for their lives, love and sacrifices. On that day, many people will pause to remember those women who have indispensably enabled and shaped their lives. The Mother’s Day, thus, is also a day sensible to cherish the womanhood that gives birth (literally) and nurtures humanity. Ironically and sadly, however, what is now going on in the Kachin State is an outright mockery for such an auspicious and solemn day. The Kachin women are being violently and systematically raped and victimized by the Burmese soldiers.

The Kachin Women Association of Thailand has been making urgent appeals toward international community to help stop the atrocious treatments of Burmese solders towards the Kachin women since the civil war started between the Burmese military and KIA in June 2011. (See further in www.kachinwomen.com) The Kachinland News has recently reported that Kachin women are being gang-raped by the vengeful Burmese soldiers.

In the historical contexts forged by unequal power relation, such as colonialism/imperialism, the dominating logic of the colonizers assumes the land or the people and female body as interchangeable symbols. Such perverted thinking strategically, and particularly, uses female figures to promote and justify the violence of colonization and subjugation imposed on the others. [See further discussions in Bohemer, Stories of women (1992), and McClintock, The Imperial Leather (1995)].

Frantz Fanon, therefore, rightfully observed that the dynamics of colonial power is fundamentally, if not solely, the dynamics of gender. He once parroted such colonial thinking saying, “if we want to destroy the structure of Algerian society, its capacity for resistance, we must first of all conquer the women” (Frantz Fanon, “Algeria Unveiled”). Thus, rape is used as tool of subjugation in colonizing ideology that assumes a female body as a locus of subjugating the Other. Such heinous and violent act committed against women, unfortunately, has also been used as an atrocious weapon in the contesting ethnic-national wars.

Historically, the imperialist Burmese (maha-bama) government has advertently endorsed the use of rape by encouraging forced marriages between minority ethnic women and Burmese soldiers. They have often used rape or assault on ethnic women as an effective and symbolic weapon against ethnic identity, and a strategic national policy to unionize or burmanize, bringing diverse ethnic groups under the same banner. Now, the Burmese soldiers are given order to treat the bodies of Kachin women as symbols, as well as, real territories to subjugate and annihilate the Kachin resistance.

Melanne Verveer, U.S. ambassador-at-large for Global Women’s Issues, during a news conference together with Aung San Suu Kyi on May 6, 2012 acknowledged “atrocities that have been committed” against women in “a civil strife” in the Kachin State. She continued to suggest that “ceasefires are a first step” in order to stop such vicious acts against women. Once again, as many other seasoned and seasonal politicians, she avoided to name names of the perpetrators — the Burmese soldiers. Instead, she pinpointed ongoing conflict as the cause of the suffering of the Kachin women.  In other words, the Kachin resistance that stubbornly refuses to reenter ceasefire agreement as the responsible party.

Verveer, along with many others of her western counterparts, failed to speak out against the ongoing brutal treatment of the Burmese military toward the Kachin women. Thus, the Kachin women are doubly victimized since those who are supposed to advocate on their behalf have chosen to speak what is politically correct, rather than morally right.  Under the banner of reform, the Burmese government blatantly gets away with many heinous crimes committed in the Kachin State in the eyes of international community.

Even though raped, assaulted, and neglected by the Burmese soldiers and their conspirators, the Kachin women have been and will continually be important figures in the Kachin resistance against the Burmese colonizers. Currently, the resilience of the Kachin women can be seen in the midst of oppression and displacement, nurturing their families and supporting the cause for freedom.  They are, indeed, the biological producers of the Kachin people, the transmitters of cultures and traditions, and the participants in national, economic, political, and military struggles.

As we are approaching the Mother’s Day, I would like to urge the international community not to doubly victimize the Kachin women with your politically correct speeches and glittering generalities that undermine and evade the situation in the Kachin Sate. These words are emboldening the violent acts of the Burmese soldiers, causing real impact on real lives of the Kachin women.